[Transcript of interview with Ángel Noé Gonzáles] Page: 4 of 5

This text is part of the collection entitled: Texas Association for Bilingual Education Video Footage Collection and was provided to The Portal to Texas History by the UNT Libraries Special Collections. 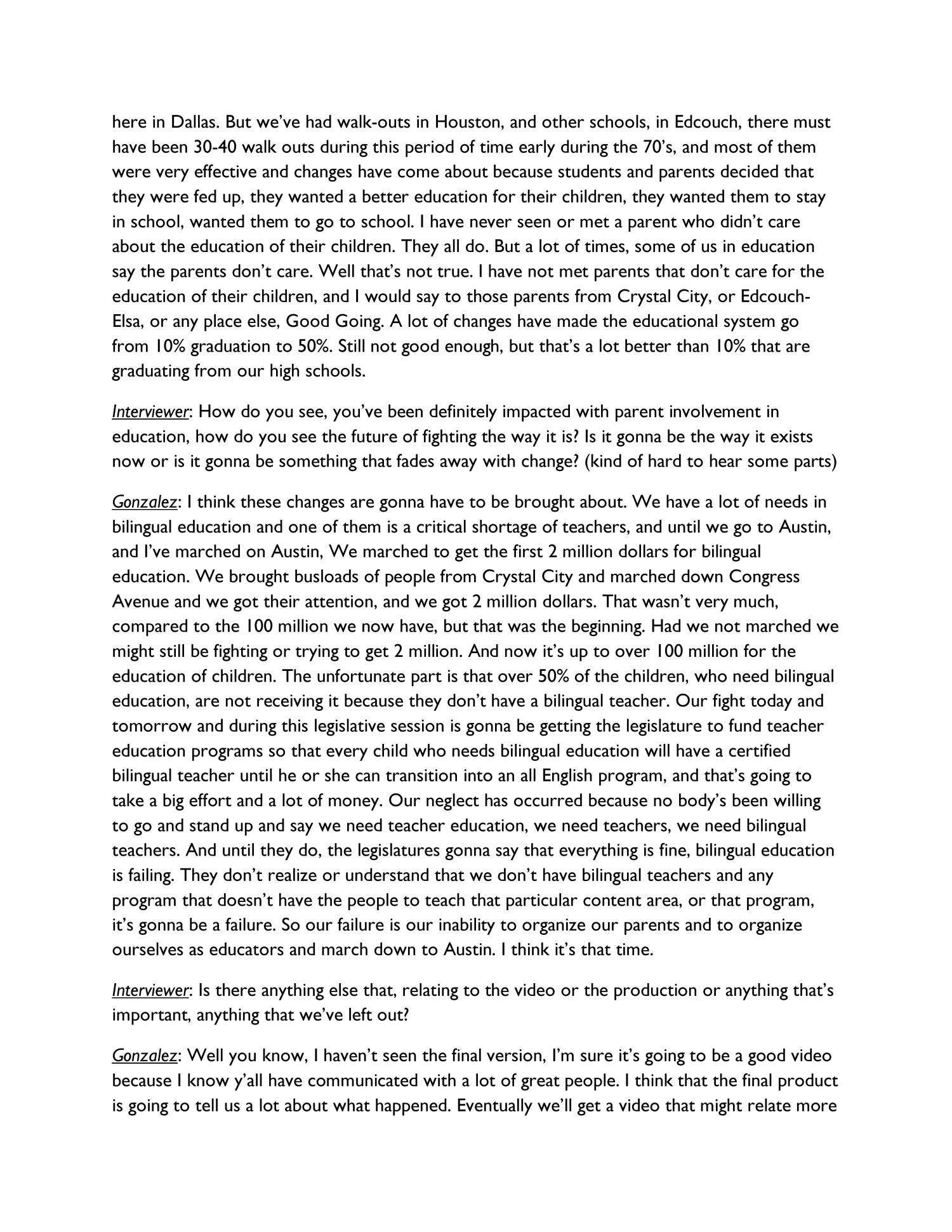 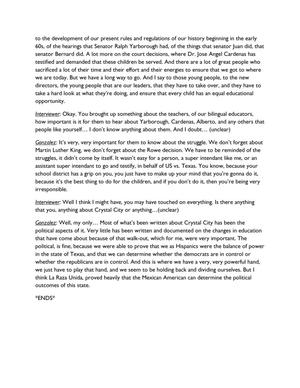