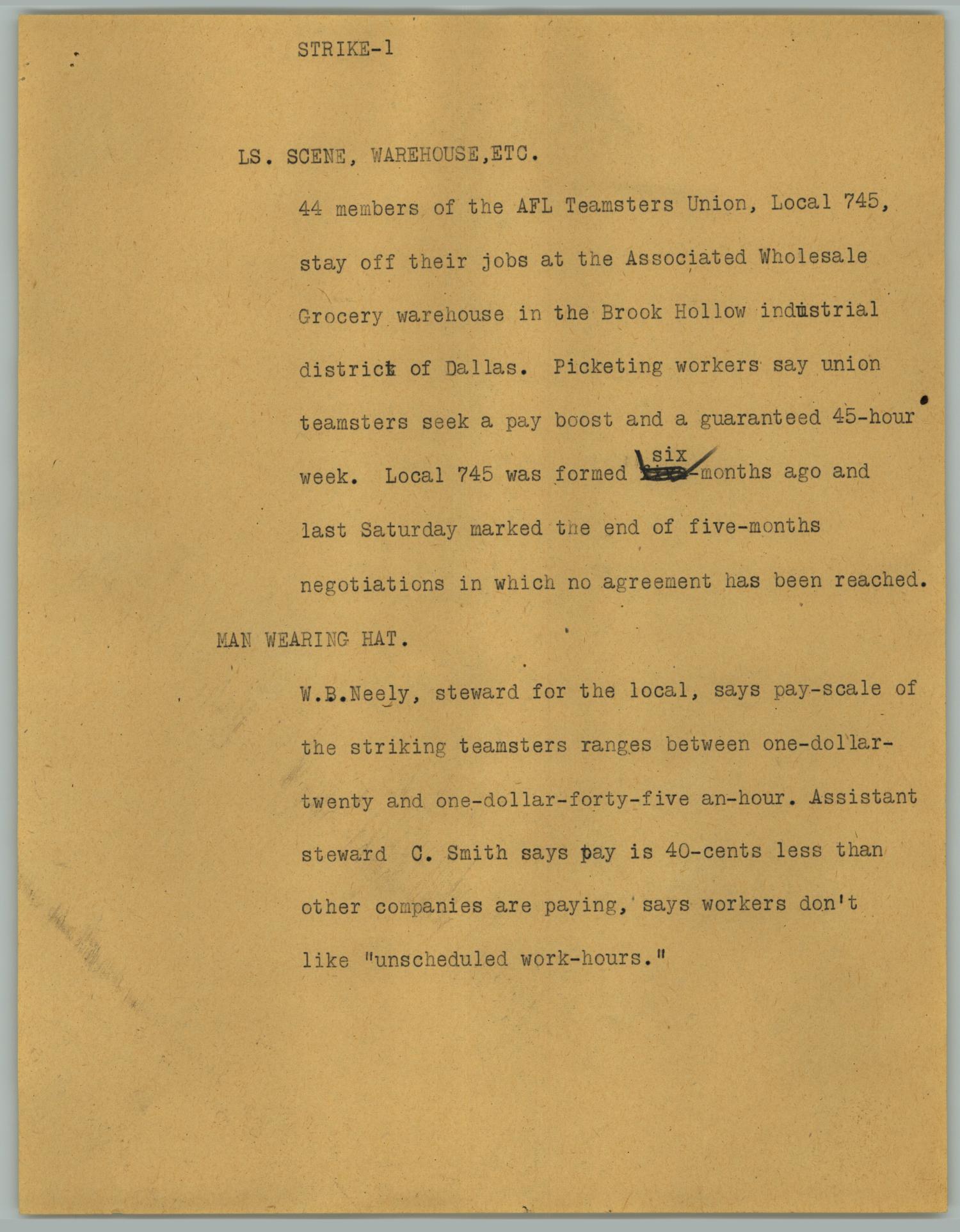 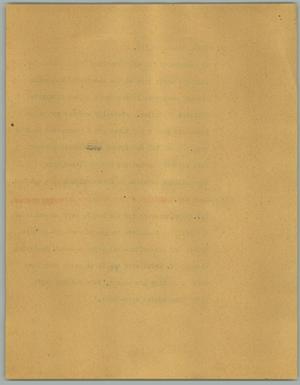 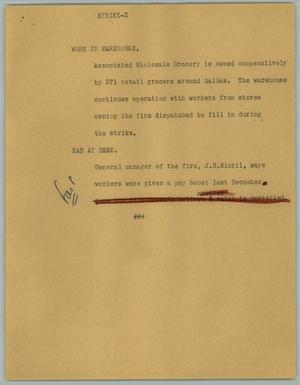 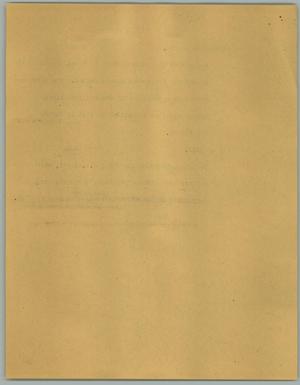 Video footage from the WBAP-TV station in Fort Worth, Texas, to accompany a news story about a strike of the AFL Teamsters Union at the Associated Wholesale Grocery warehouse in the Brook Hollow industrial district of Dallas.