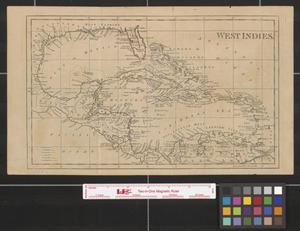 Publication information is not printed on the map. May have been published in London.