Reports of cases argued and decided in the Supreme Court of the State of Texas during a part of December term, 1849, at Austin and a part of Galveston Term, 1851. Volume 5. Page: 143 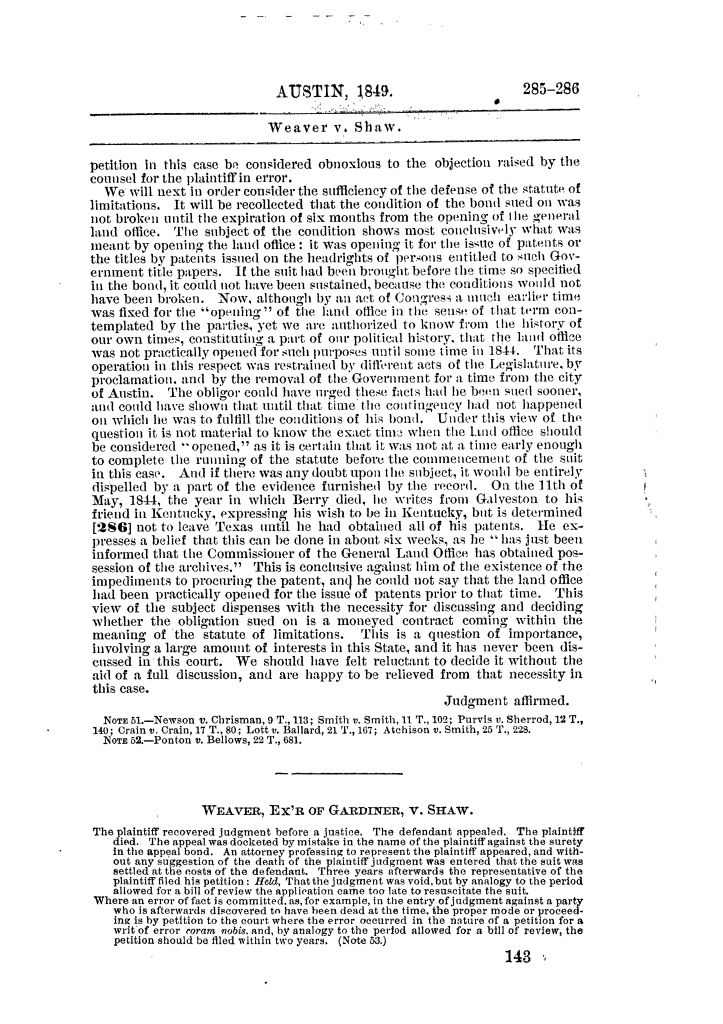 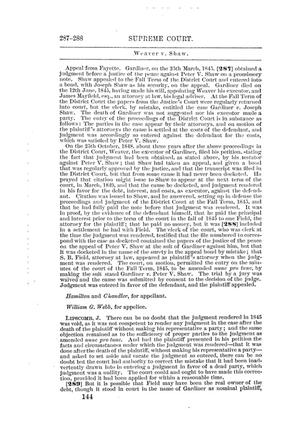 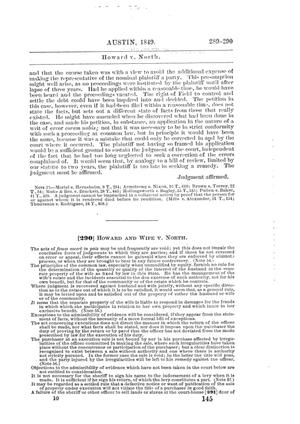 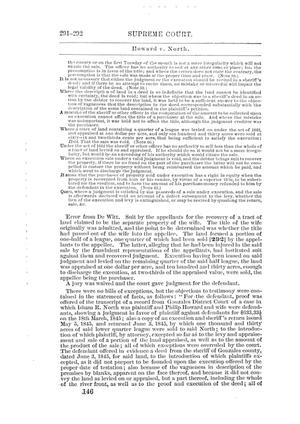 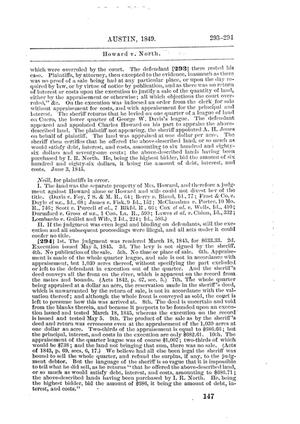