History of Texas, Together with a Biographical History of Milam, Williamson, Bastrop, Travis, Lee and Burleson Counties. Page: 384 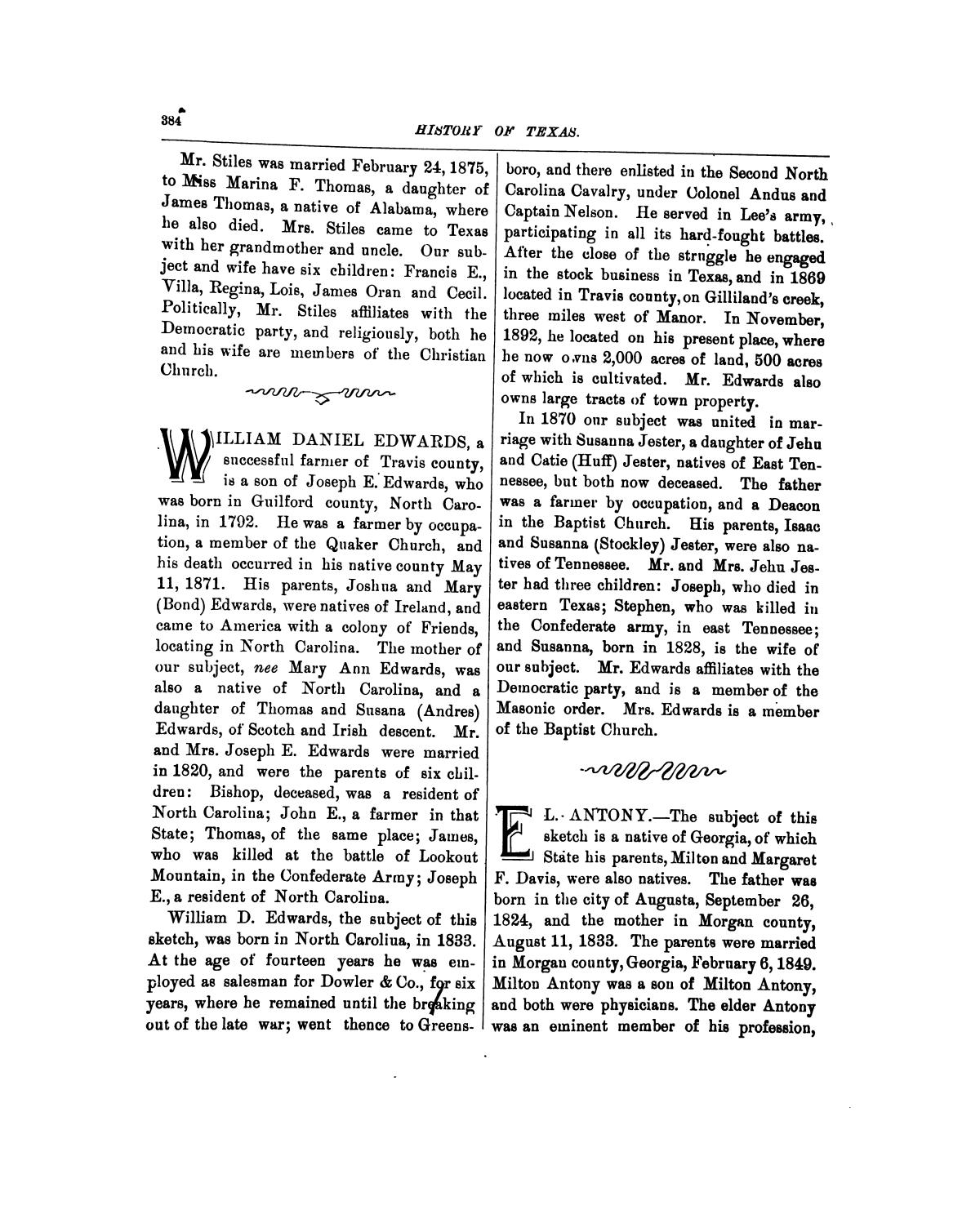 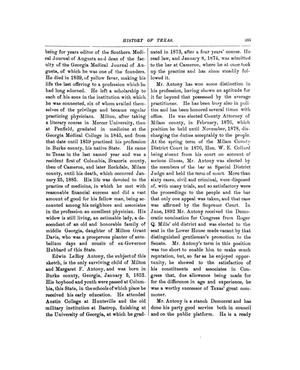 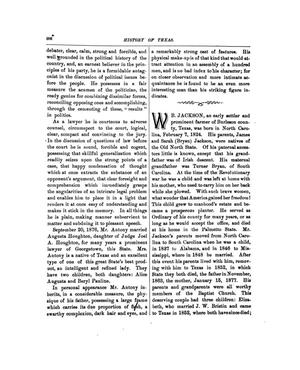 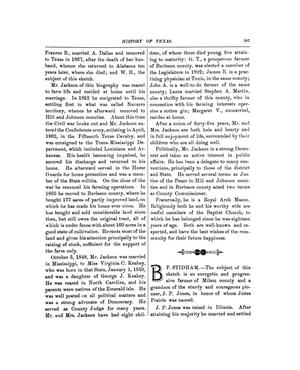 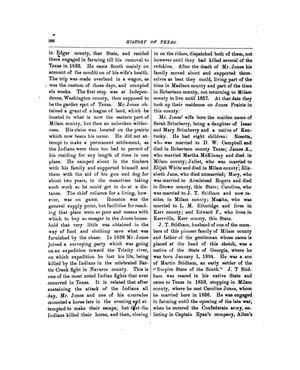 History of Texas, Together with a Biographical History of Milam, Williamson, Bastrop, Travis, Lee and Burleson Counties. (Book)

Book containing a brief overview of the state of Texas and more specific focus on six specific counties, with extensive biographical sketches about persons related to the history of those places. An alphabetical index of persons who are included follows the table of contents at the front of the book.