Journal of proceedings of the Southern Convention, at its adjourned session : held at Nashville, Tenn., Nov. 11, 1850, and subsequent days. Page: 4 of 36

This pamphlet is part of the collection entitled: Sam Lanham Collection - Civil War Era Pamphlets and was provided to The Portal to Texas History by the Schreiner University Logan Library. 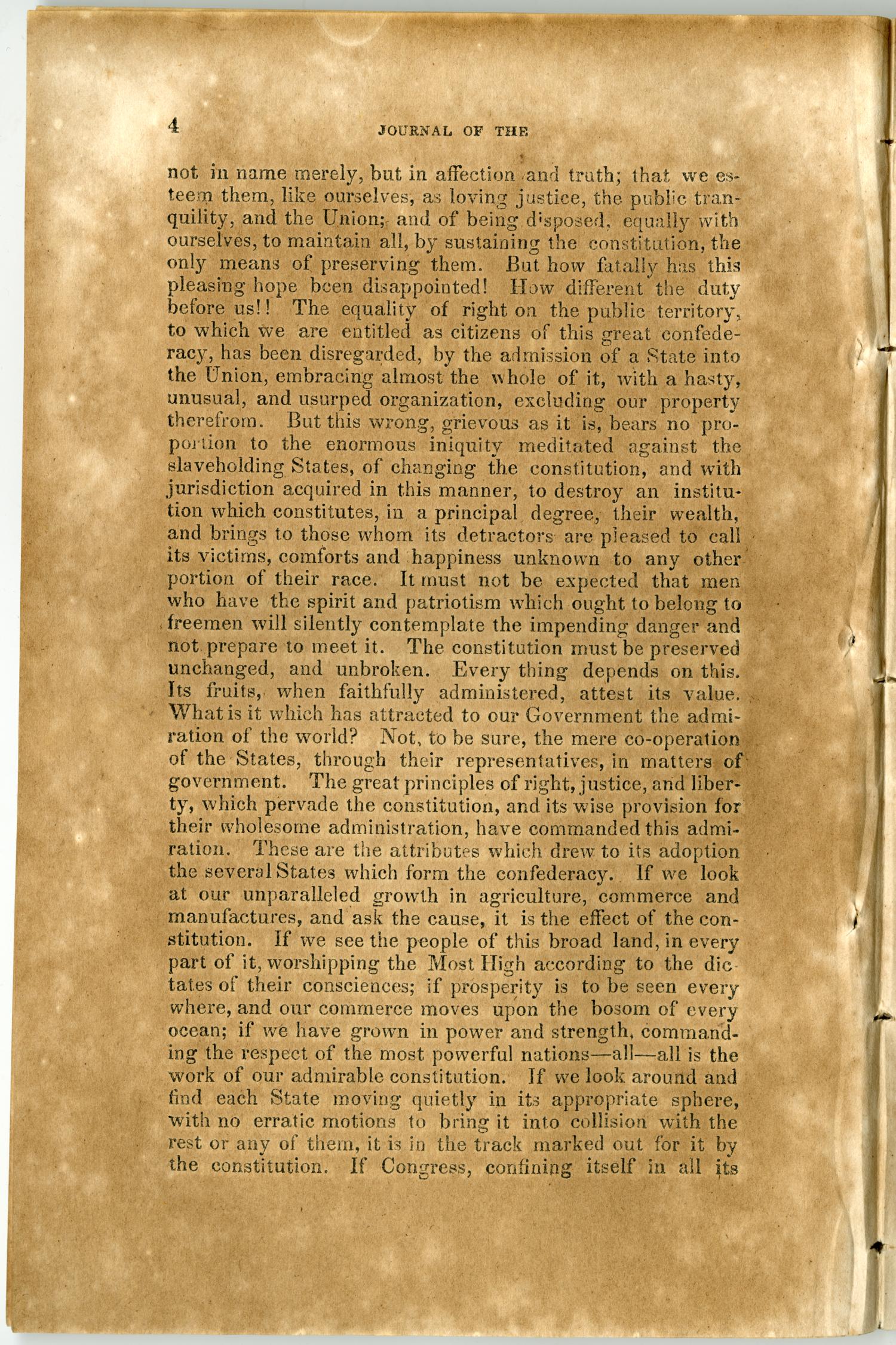 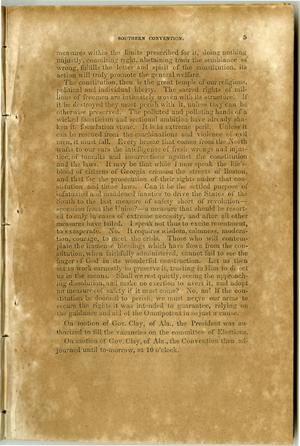 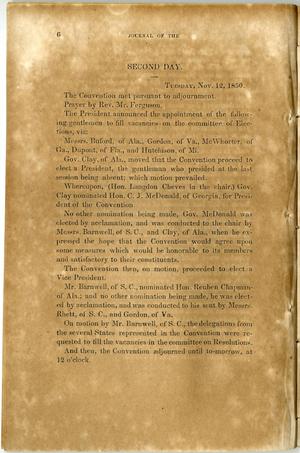 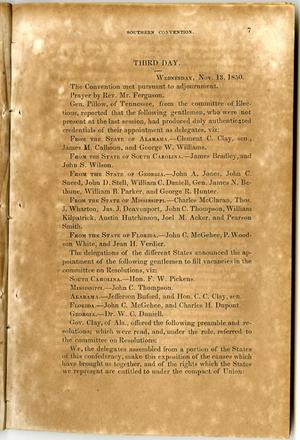 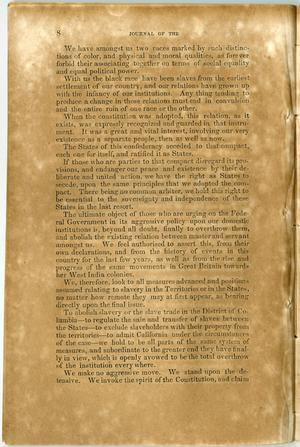