[Documents relating to the Texas Cherokees] Page: 2 of 33 (Transcription)

This text is part of the collection entitled: Texas History Collection and was provided to The Portal to Texas History by the Oklahoma Historical Society.

This Treaty made and established between
Sam Houston, and John Forbes, Commissioners,
on the part of the Provisional Government of Texas,
of the on part, and the Cherokees, and their asso-
ciate Bands now residing in Texas of the other
part-to wit Shawanee Delawares, Kickapoos,
Quapaws, Choctaws,Boluxies, Iawanies, Alabamas,
Cochatties,Caddos of the Naches, Tahoocattakes, and
Unataquous, - By the Head Chiefs, Head men and
Warriors, of the Cherokees, as Elder Brother and Rep-
resentative of all the other Bands, agreeably to their
last General Council. This Treaty is made con-
formably to a declaration made by the last
General Consultation, at St. Felipe, and dated
13th November AD 1835.

The Parties declare, that there shall be a firm
and lasting peace forever, and that a friend-
ly intercourse Shallshall be preserved, by the
people belonging to both parties.

It is agreed and declared that the before named
Tribes, or Bands shall form one community, and
that they shall have and possess the lands, within
the following bounds. To wit, - laying West of the
San Antonio road, and beginning on the West, at
the point where the said road crosses the River
Angeline, and running up said river, untill 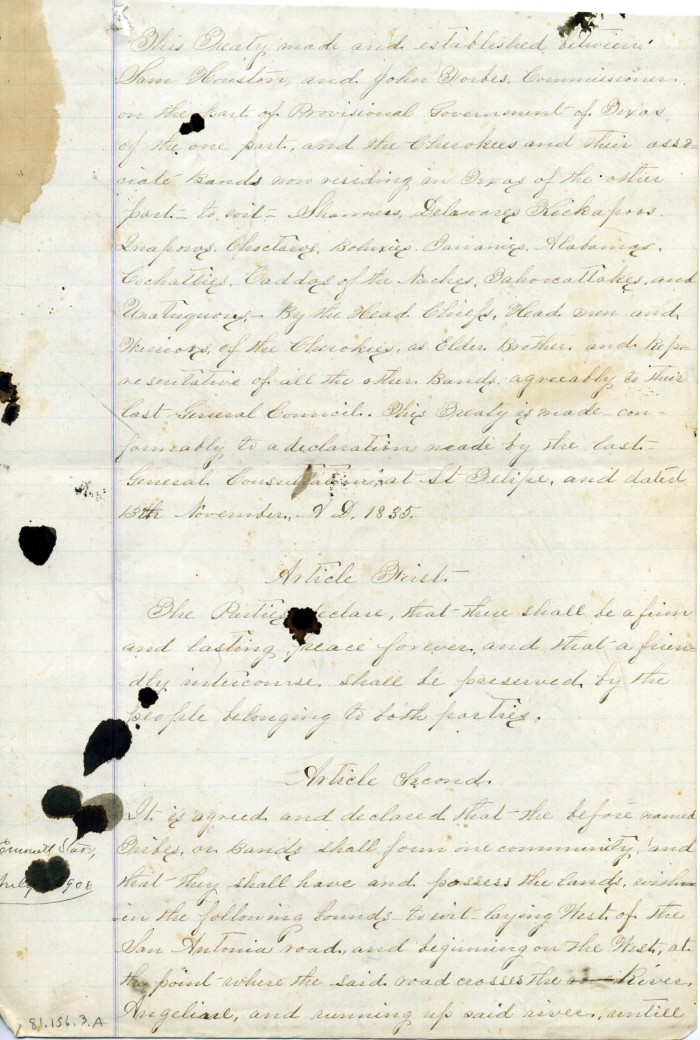 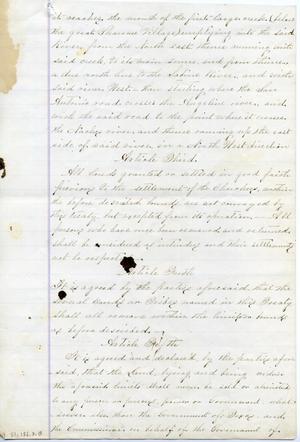 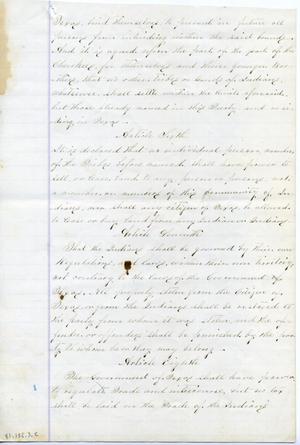 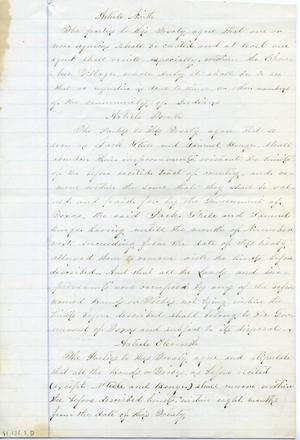 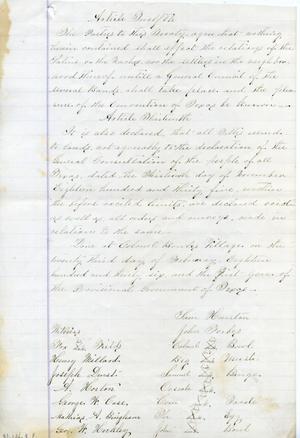 View 19 places within this text that match your search.