"The Town Without A Toothache" Page: 1

This text is part of the collection entitled: Bill and Marcella Bradly Collection and was provided to The Portal to Texas History by the Deaf Smith County Library. 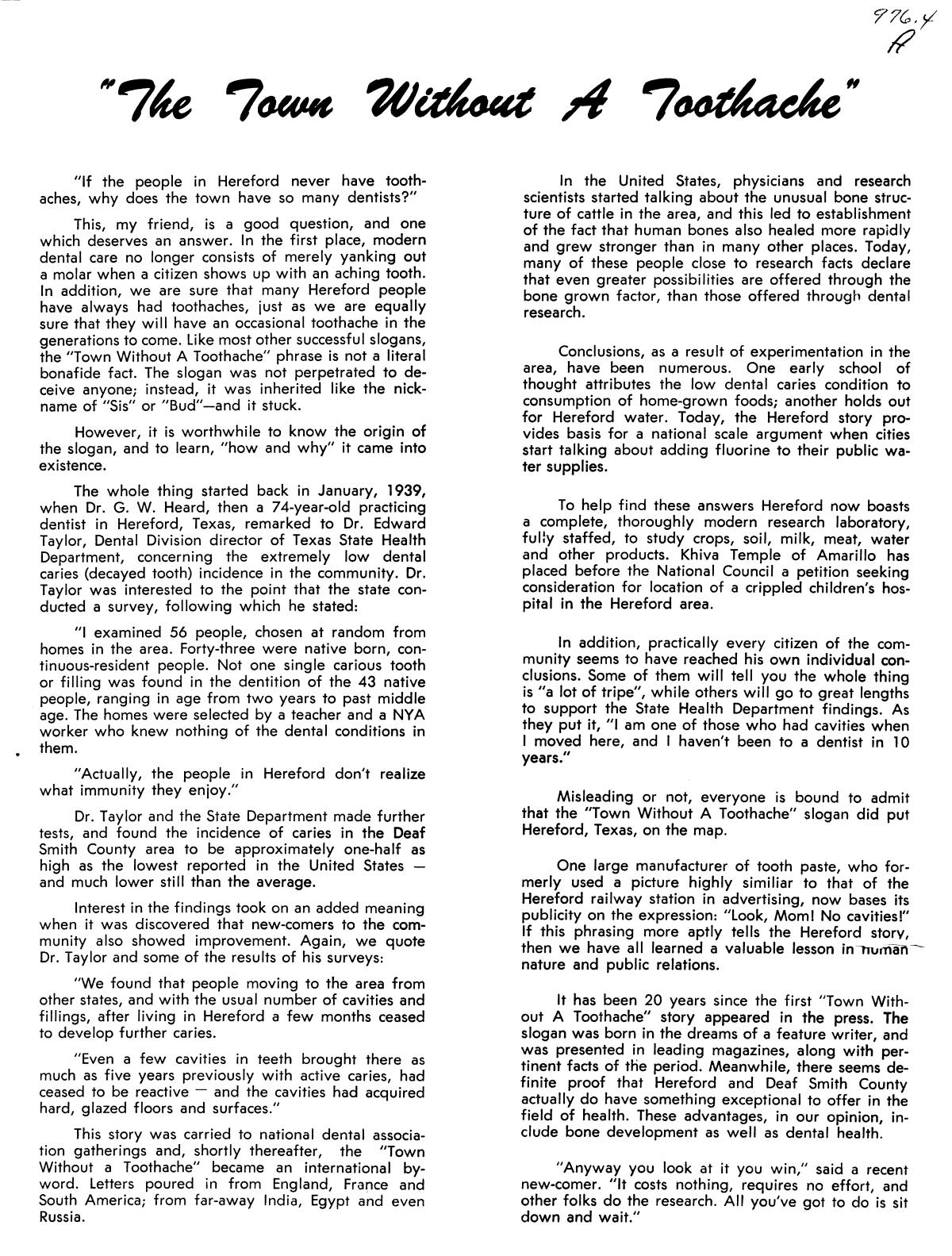