Mayor's Message and Annual Reports of City Officers of the City of Dallas, Texas: For the Fiscal Year Ending April 15th, 1889 Page: 3

This book is part of the collection entitled: Texas History Collection and was provided to The Portal to Texas History by the Dallas Municipal Archives. 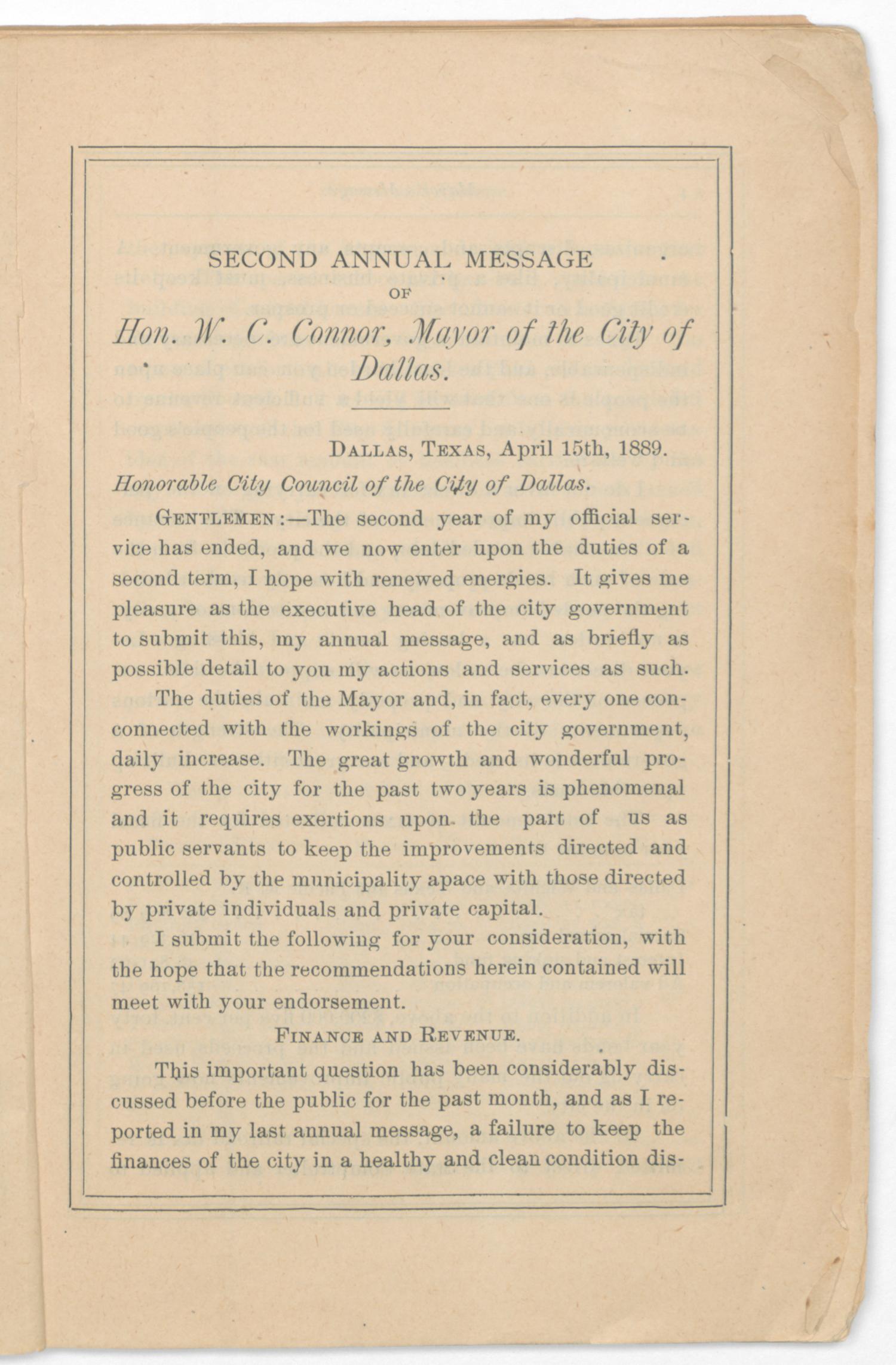 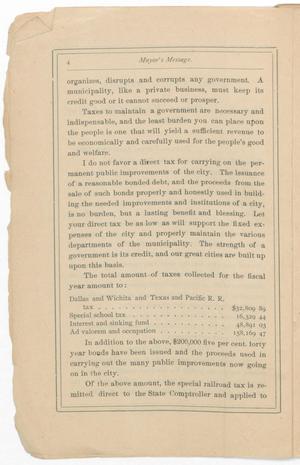 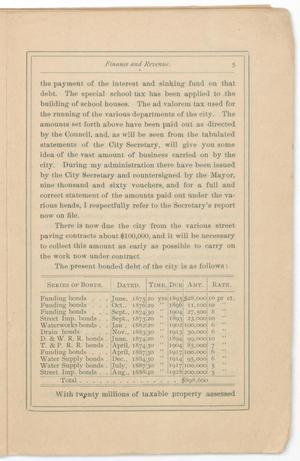 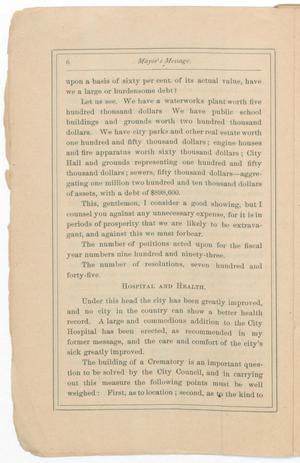 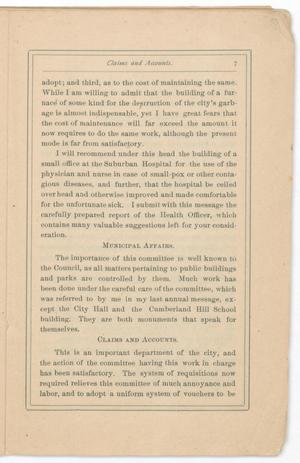 View 18 pages within this book that match your search.