The town of Bartlett straddles the border of both Williamson and Bell Counties, and settlers began to populate the area in the 1850s. When the Missouri, Kansas, and Texas Railroad made plans to lay tracks through the area in 1881, the citizenry decided to form a town. John T. Bartlett and J.E. Pietzsch donated land for the township, and by 1884, Bartlett could boast a population of 300, a post office, a gin, a hotel, a grocer, a meat market, four churches, and a school.

In 1886, The Bartlett Tribune began publication and served a vital role in the community by reporting on national, state, and local news, publishing obituaries and creating a record of legal notices for the area.

The newspaper's first owner, from 1886 - 1901, was M. L. Hair. In 1901 R. F. Cates purchased the newspaper and became owner, editor and publisher through 1932. In 1909 the name changed to the Bartlett Tribune and News. From 1932 - 1933, the paper was owned by E. R. Arndt and Frank Werst, then by Walter W. Fox until 1937. Robert C. Ford and his wife Nora Mae became the long-time owners, editors and publishers from 1937-1978. The newspaper joined the Texas Press Association in January 1955. Their son Robert C. Ford, Jr. came on board around 1964 as the editor, later to become the publisher as well. In 1979 Taylor Publishing began publishing the newspaper, merging it with the neighboring Holland Progress and giving the newspaper a new name, the Tribune-Progress. As of 2009, Gayle Bielss was the owner and editor of the Tribune-Progress.

The early newspapers had little advertising. However, by the early 20th century ads for local businesses, such as J. M. Allen, Walton Dry Goods or Gersbach-Wacker Co. filled entire pages. In the 1940s, syndicated columns began to appear in the pages. Some of these included, "Household Hints," "Washington Digest," "Sewing Circle," "First Aid for the Ailing House," "Ask me another?" and "From Where I Sit." Also during the 1940s serial stories from WNU Service were published with titles such as, "Red Rascall" by Clark McMeekin, "Overnight Guest" by Ben Ames, or "Murder in Plain Sight" by Gerald Brown. In the 1950s columns of local interest were included such as, "Davilla News", "County Agent's Column" and "Ford Forum of Facts and Fun" by the editors, Mr. & Mrs. Ford. From the earliest publications through 1977, the essential "Personals" column was included to cover local social news.

Partners for this digitization project were the Bartlett Activities Center and Historical Society of Bartlett. This project is funded by a grant from U.S. Institute of Museum and Library Services to the Texas State Library and Archives Commission under the provisions of the Library Services and Technology Act. Current editor and owner of the Tribune-Progress, Gayle Bielss, graciously granted copyright permission for UNT to host this newspaper online. 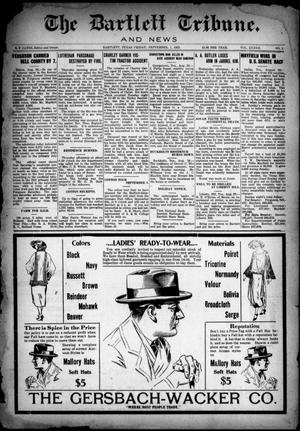 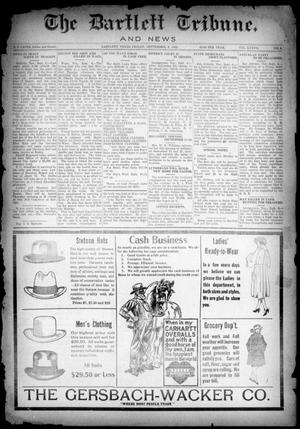 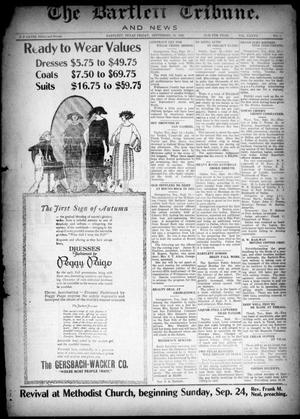 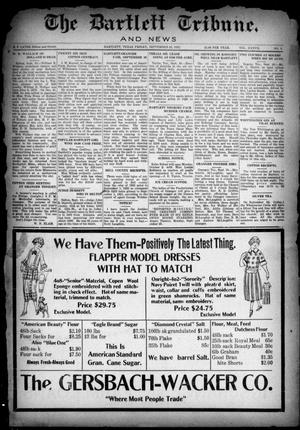 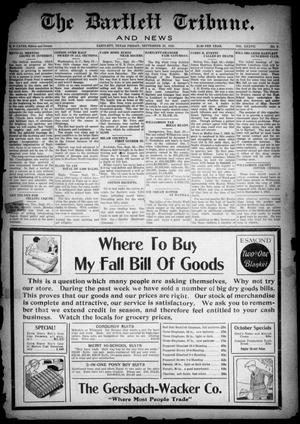 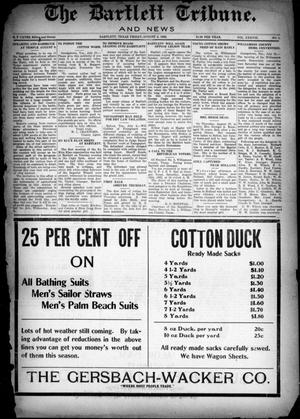 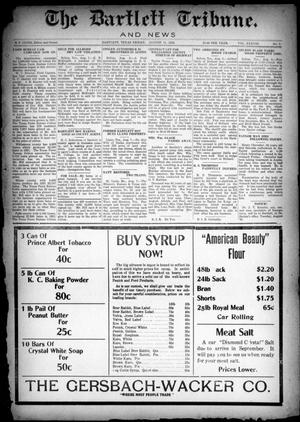 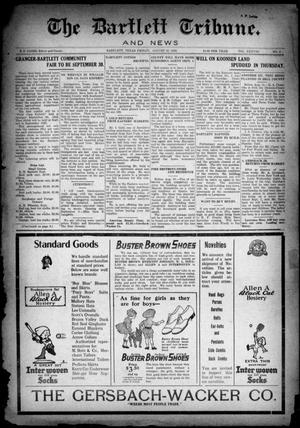 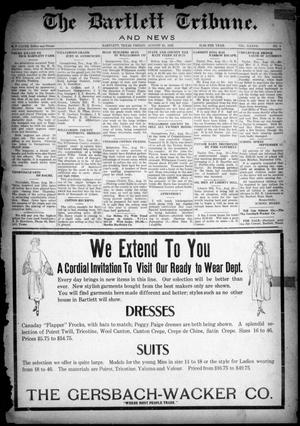 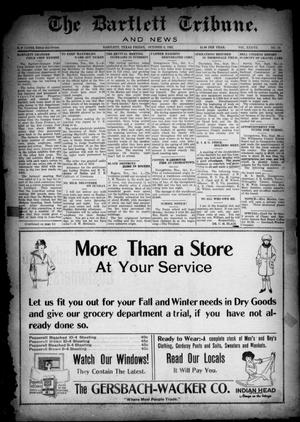 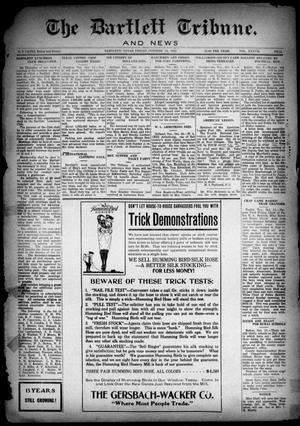 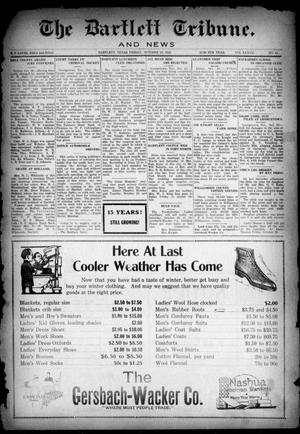 The Bartlett Tribune in The Portal to Texas History. University of North Texas Libraries. https://texashistory.unt.edu/explore/collections/BRTN/ accessed May 25, 2022.

Bartlett Activities Center and the Historical Society of Bartlett
3,355 3355