Since 1916, the Corral has been dedicated to literary offerings. Beginning in the 1960s art submissions, including drawings, paintings, and photographs were included. It serves as a history of the university and a record of creative efforts of students.

The Corral is the first student publication of the college beginning in 1902 and continuing to the present. The first few decades depict historical essays and reporter-style articles about the school and its administrators, faculty, and students in addition to creative literary submissions. It also contains some individual and group photos of the day. Once the Brand began publication in 1916, the Corral was dedicated to literary offerings. Beginning in the 1960's art submissions, including drawings, paintings, and photographs were included in the Corral.

There were no Corrals published in 1918 (the world flu epidemic and WWI) due to the low college enrollment. There was a break in publication from 1933 to 1946, then again from 1946 until 1950. These breaks were likely due to budgetary constraints. There were no Corrals published in 1995 due to administrative changes. The library holdings of Corrals may have some missing issues.

The significance of this publication is both a history of the university and a record of creative efforts of the university's students. Former editor Oscar Henry Cooper, Jr., had a successful journalism career and worked for the New Haven Palladium, the Dallas Morning News, and the Motion Picture News. D. Q. Riddle, who later worked on the staff of the Dallas Morning News, wrote for the Corral before he graduated in 1919. Riddle worked as a foreign correspondent for the United Press Association. Mr. Riddle earned the distinction of being the youngest American correspondent to cover the British Parliament for a worldwide news service.

The earliest issue held was edited by Belle Miller in 1906, but records show that Oscar Henry Cooper, Jr., started the Corral in 1902. There were different student editors or co-editors each year. In 1909, editor John Vastine Connor of Big Spring, Texas, represented Simmons College at the Baylor University meeting to found the Texas Intercollegiate Press Association. The Reverend Mr. Connor was chief editor of the Corral, a member of the yearbook staff, president of the Oratorical Club and played in the college mission band. Another notable editor included Wiley Elmo Roberts in 1912.

The Literary Societies of Simmons College were the early publication sponsors. Currently, the University Publications Committee approves student editors who are selected by the Director of Creative Writing and the Head of the Art Department. 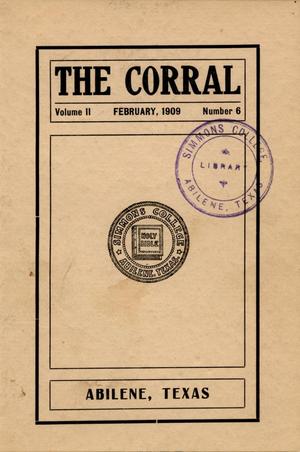 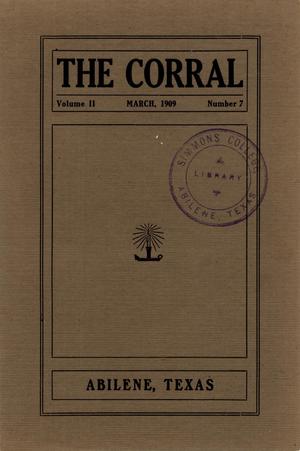 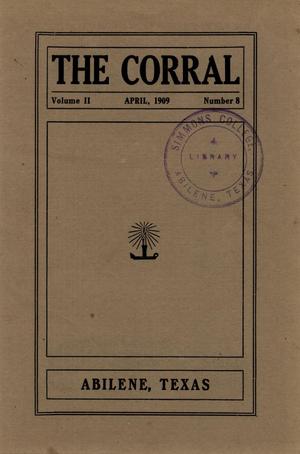 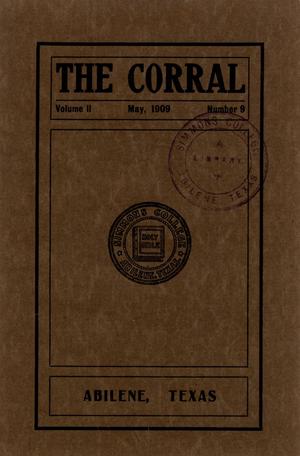 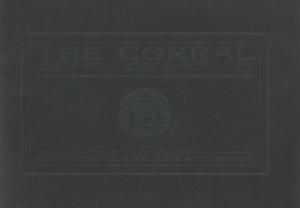 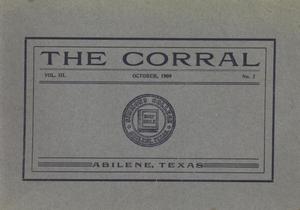 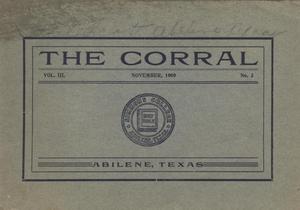 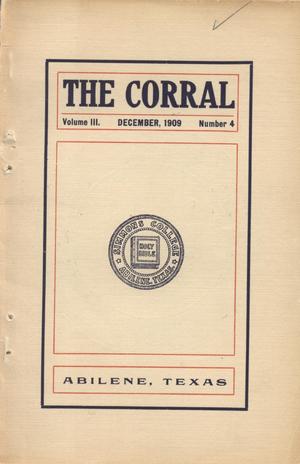 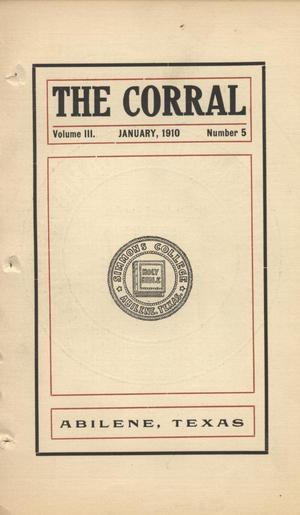 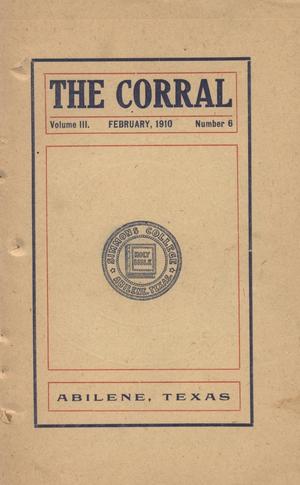 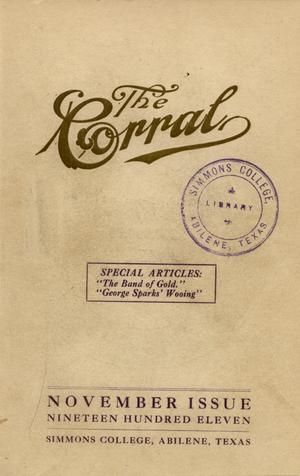 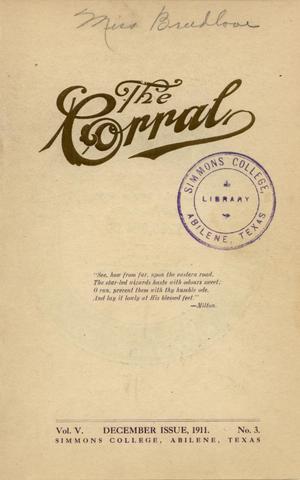 Corral in The Portal to Texas History. University of North Texas Libraries. https://texashistory.unt.edu/explore/collections/CORR/ accessed May 10, 2021.