Seeking to capitalize on El Paso's expected growth with the coming Southern Pacific Railroad, Barron F. Deal and James P. Baker established the Herald Publishing Company in 1881 and published the first issue of the El Paso Herald in April of that year. Alternately published as the El Paso Herald, Sunday Herald, and El Paso Daily Herald during the late 1800s, the paper ran consistently as the El Paso Herald from 1901 to 1931. The paper circulated in El Paso and surrounding communities, including Ciudad Juarez, Mexico. By 1901, the Herald News Company published the Herald each evening, except Sunday, on a 15 x 22 inch paper with a yearly subscription rate of seven dollars. By 1904 the Herald was a member of the Associated Press and by June 1906 had a circulation of 6,169. Hughes D. Slater directed the Herald from 1899 to 1929 as controlling owner and editor-in-chief. Influential in civic affairs, Slater opposed gambling, served on planning committees, and promoted positive relations with Mexico.

The Herald actively reported on civic progress and international affairs. In special sections, the newspaper covered the mining and livestock industries and routinely included a section, "The Better Half," that catered to female readers. The Herald described October 16, 1909, meeting of Presidents William Howard Taft and Porfirio Diaz as the "Most Eventful Diplomatic Event in the History of the Two Nations," despite prevailing anti-Diaz sentiment in the El Paso area. During the Mexican Revolution and World War I, the Herald reported on border issues carefully, knowing the city relied heavily on labor and commerce from Juarez. In various editorials in the 1910s, it supported lifting immigration restrictions and encouraged positive relations with Juarez commuters, especially during labor shortages resulting from the First World War. As civic leaders raised fears of an epidemic due to an influx of immigrants fleeing the Mexican Revolution, the Herald opined that any health problems resulted from poorer immigrants from the interior of Mexico rather than the "productive and sober" residents of Juarez. In a series of editorials between 1915 and 1917, the paper supported social reforms in barrios such as Chihuahuita, the largest Mexican district in El Paso. During Francisco "Pancho Villa's" raids in 1915, the Herald congratulated residents for not reacting negatively to immigrants and encouraged El Pasoans to help migrants who had suffered from the fighting.

As the Scripps Howard News attested in January 1951, "In the early 1900s the Herald stood for 'Republicanism, radicalism, and reformation.'" With the Herald representing the Republicans and the rival El Paso Times editorializing for the nascent Democratic Party, the two papers served as rallying points for the community. In 1931, the Herald was sold to Scripps Howard along with the El Paso Evening Post, and they merged to become the El Paso Herald-Post. The paper shut down in 1997 amid declining circulation. 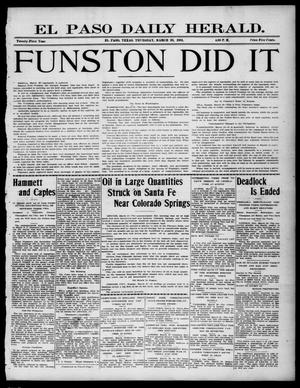 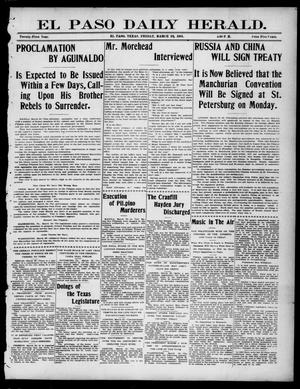 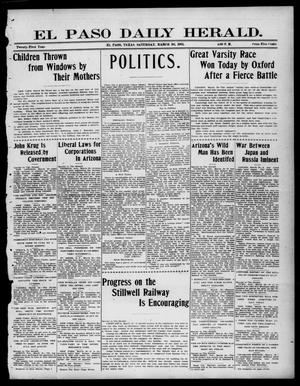 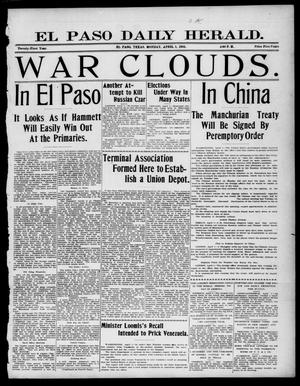 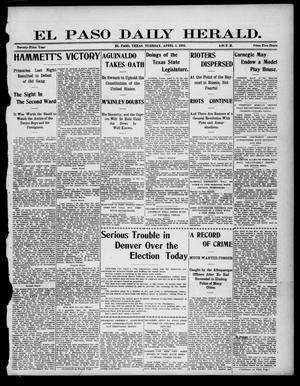 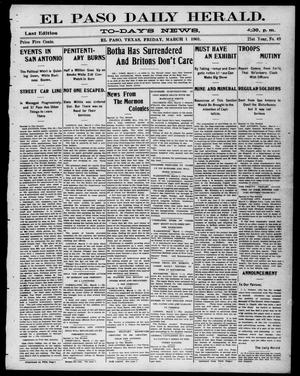 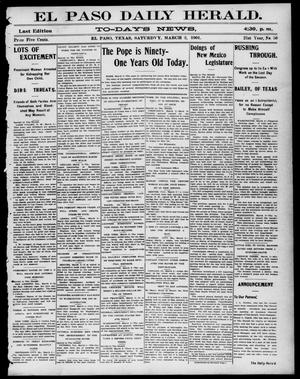 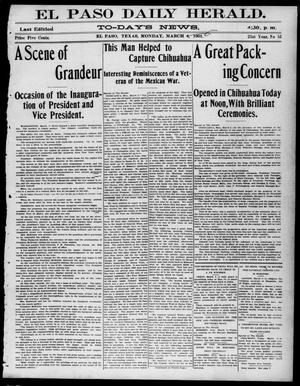 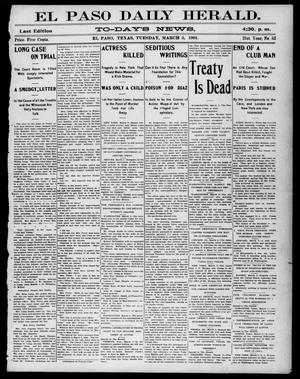 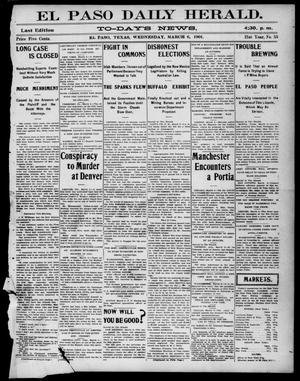 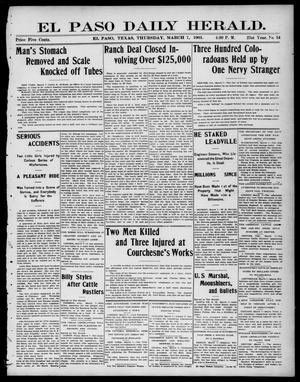 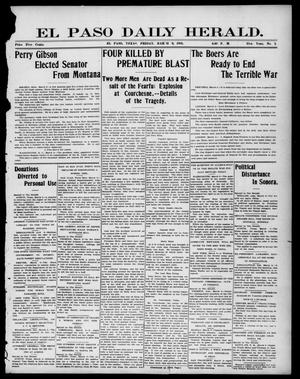