The Ferris Wheel (TX) began weekly publication on August 10, 1895, in Ferris, Texas. This Democratic newspaper was preceded by the Ferris Cyclone (1889-1893) and the Ferris Sentinel (1893-1895). The original owner and publisher of the Ferris Wheel was W.V. Ervin. The paper sold for a $1.00 per year subscription price. Ervin sold the eight-page newspaper to employee Frank Ezzell in May 1897, who published it until February 1916. Ezzell was an active member of the Texas Press Association from 1905 - 1915, serving on many committees. In 1916 he sold the newspaper to S.W. Adams. Adams sold it a year later to Ernest Logsden. Other owners and editors were H. O. Beasley, Mr. and Mrs. G. A. Inmon, W. L. Martin, Wm. A. and Metha Sprinkle, Joe H. Whittenburg, Tommy Fallon, Don McGregor, and Winnon Smith.

When The Ferris Wheel began publication, Ferris was a small north Texas town with 250 residents with a number of cotton gins and hotels. By 1920, the town population was up to 1233 and the newspaper had a circulation of 1000. And it still cost only $1.00 per year!

The Ferris Wheel included news of every sort: local, state, national and international. It ran large advertisements and occasionally had illustrations accompanying the news stories. Scattered between the articles were jokes and clever sayings for the reader's amusement.

The newspaper ran at least through 1947 or later, but the actual date that the publication ceased is unknown. 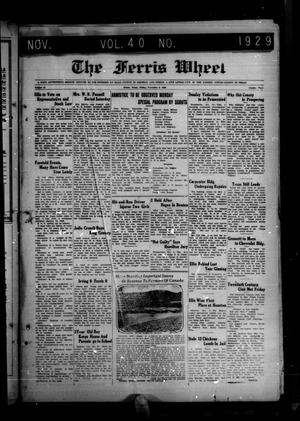 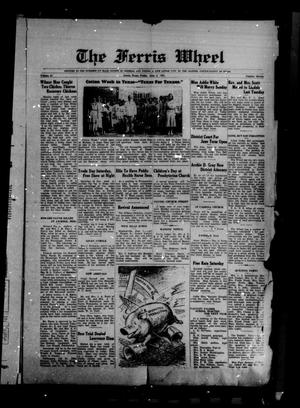 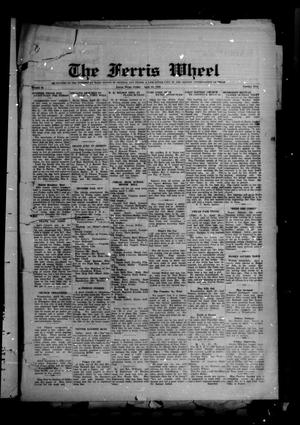 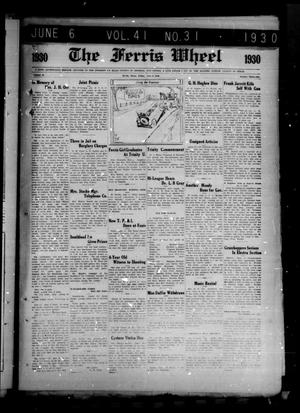 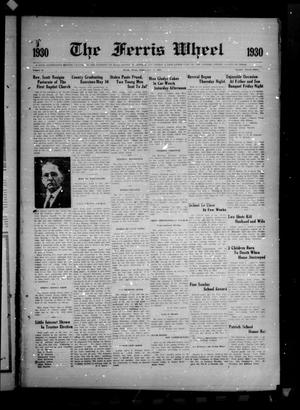 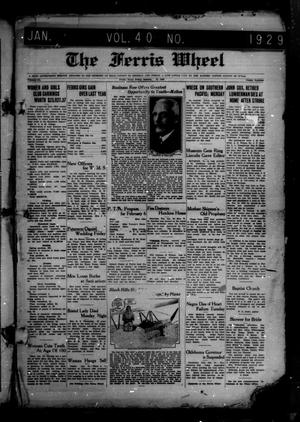 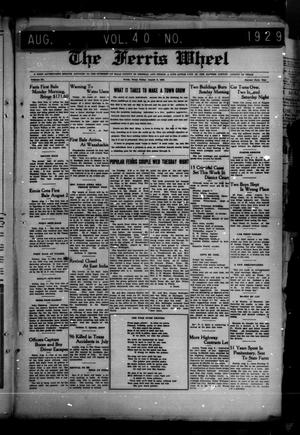 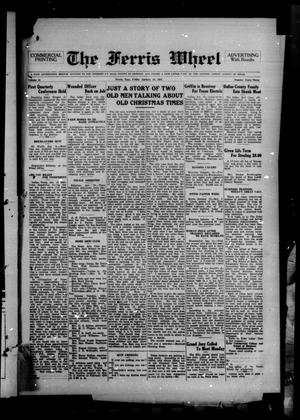 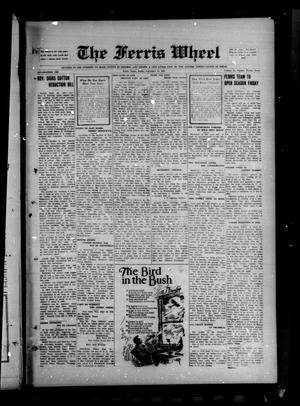 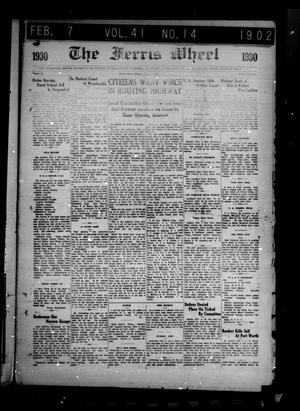 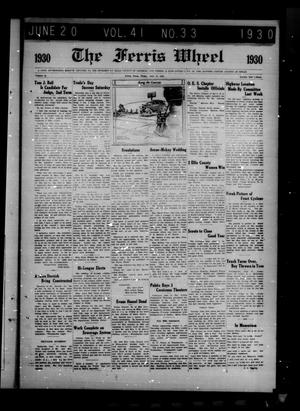 Ferris Wheel in The Portal to Texas History. University of North Texas Libraries. https://texashistory.unt.edu/explore/collections/FERWH/ accessed May 19, 2022.