August Siemering and Company published the first issue of Freie Presse für Texas [LCCN: sn83045227] in San Antonio, Texas on July 15, 1865. The company also founded the long-running English-language paper The San Antonio Express [LCCN: sn84022088] that same year. In 1851 Siemering emigrated from Germany and settled with roughly 100 other supporters of recent European revolutions, known as Forty-Eighters, in Sisterdale, Kendall County, Texas, where his activities included teaching and antislavery activism in addition to journalism. Many of the Forty-Eighters in Sisterdale shared liberal political views, including support of abolition, and these attitudes were reflected in the Freie Presse’s reporting and editorials. The Freie Presse became a leading Republican paper in the Democratic South, endorsing Ulysses S. Grant for president in 1868. Along with advertisements for San Antonio businesses, the paper covered a wide range of topics that increased its prominence and circulation, including national news, immigration concerns, and serializations of German novels and magazines. With issues printed almost entirely in German, the Freie Presse served the increasing number of German speakers in south Texas, especially San Antonio, after the Civil War.

Throughout its run, the newspaper was issued weekly, semi-weekly, tri-weekly and daily. While owned by Siemering and Company, the four-page tri-weekly paper sold for $7 per year, while the eight-page weekly paper sold for $3 with a peak circulation of 2,250 and 600, respectively, in 1876. In 1877, the Siemering sold the Express and ownership transferred to H. Schultz and Company. Seven years later, editor Robert Hanschke began managing the publishing company. During this time, the newspaper published daily and weekly editions; when prices were raised to $12 and $3 per year, respectively, circulation numbers suffered. In response to the poor readership of the daily issue, the yearly price was reduced the following year to $8, and further lowered in 1885 under Hanschke to $5 for the daily edition. In N. W. Ayer and Son’s 1893-1894 Newspaper Annual, Hanschke’s company campaigned for advertising space, claiming the Freie Presse to be “undoubtedly the largest circulation of all the German papers in the State and the best advertising medium.”

In 1900, Hanschke remained the editor of the newspaper, became the President of the Texas Free Press Publishing Company, and continued both the four-page daily and 16-page weekly editions of the newspaper. After a two-year suspension of publication, the daily edition was reinstated in 1916 at a cost of $6 per year, and the newspaper claimed to be politically independent.

Robert G. Penniger, former cofounder of the Fredericksburg Publishing Company, bought the Texas Free Press Publishing Company in 1920 and merged the Freie Presse with the Lavaca County Nachrichten [LCCN: sn86089393] in December 1926 and the La Grange Deutsche Zeitung [LCCN: sn86089217] in June 1927. Penniger edited the paper until his death in 1930, at which point editorial duties shifted to Gotthelf Frederick Neuhauser. Due to anti-German sentiments during World War II, many German newspapers in Texas suspended publication. After a run of eighty years, the final issue of the Freie Presse was published on October 28, 1945. 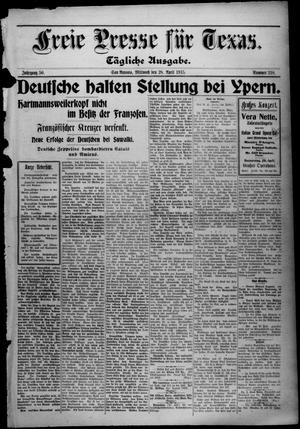 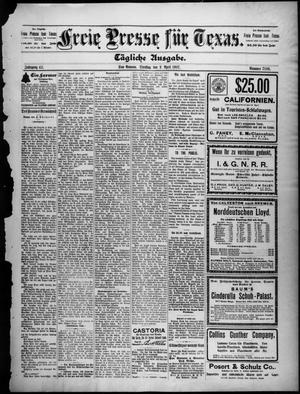 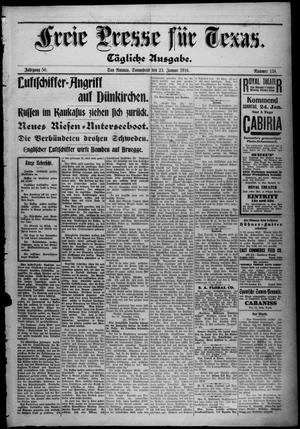 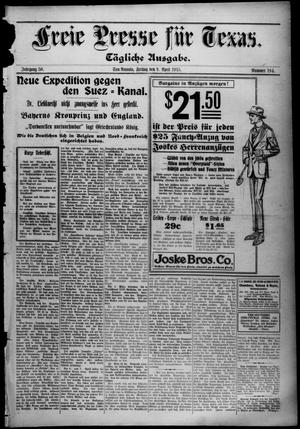 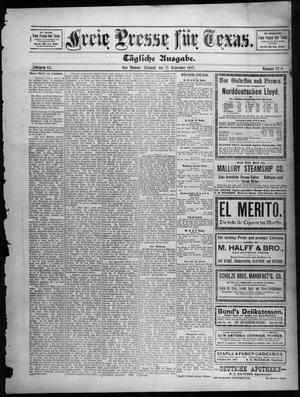 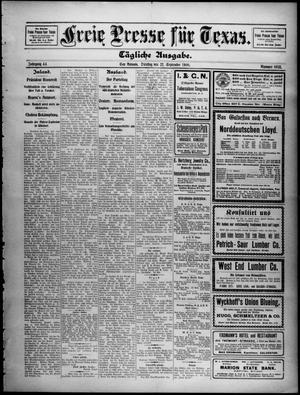 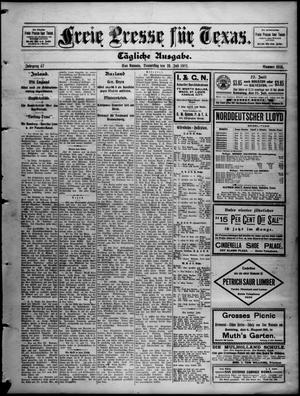 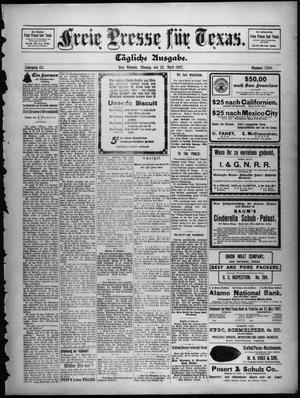 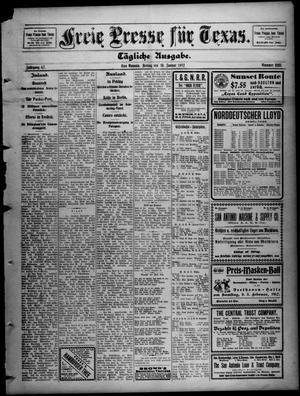 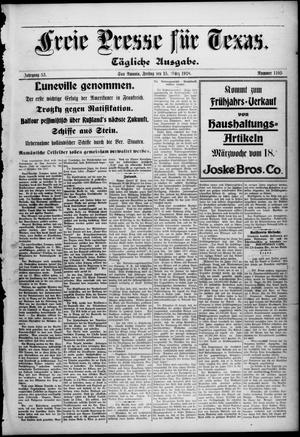 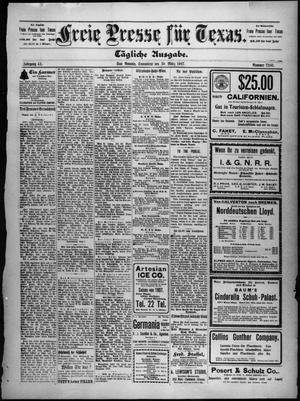 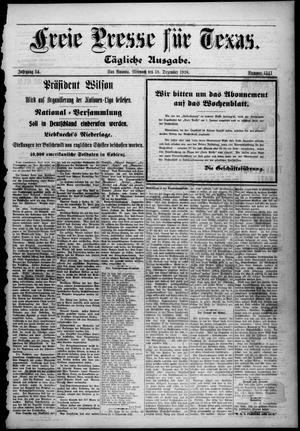