H.P.N. Gammel's The Laws of Texas (1822-1897) has long been one of the most important primary resources for the study of Texas' complex history during the 19th century. His monumental compilation charts Texas from the time of colonization through to statehood and reveals Texas' legal history during crucial times in its development.

The Laws consists of documents not only covering each congressional and legislative session but comprise other documents of significance, including the constitutions, select journals from the constitutional conventions, and early colonization laws.

Texas state librarian, C.W. Raines, introduced the 1898 set as "the essential connecting links of our legal and political history . . . Not a heterogeneous mass, but a related whole, this compilation is the ethical expression of the period covered, or more plainly speaking, the prevailing idea of right and wrong as applied to social compact."

Although Gammel's editions of The Laws of Texas were published over one hundred years ago, they are still one of the main sources for researchers of early Texas law. Renowned Texas bibliographer John H. Jenkins calls the set "the most valuable compilation of early laws of Texas, and still the most useful" (Basic Texas Books 69).

At the time this project was begun, The Laws had never been reprinted and the set in its entirety had become quite rare and virtually impossible to obtain. Furthermore, the existing sets are often found in poor condition because they were printed on unstable paper, which became brittle over time. When the original bindings are still found on the volumes, they often have boards separating, leather rotting, and pages loose and torn. Because of the brittle paper, the volumes cannot be easily rebound. Due to these factors, access to the physical volumes is sometimes difficult. Therefore historians, legal professionals, students, and other researchers in the state and elsewhere benefit from the electronic access offered by this project. The complete set of 33 volumes is available, with funding for the first 10 volumes provided by the TexTreasures program. 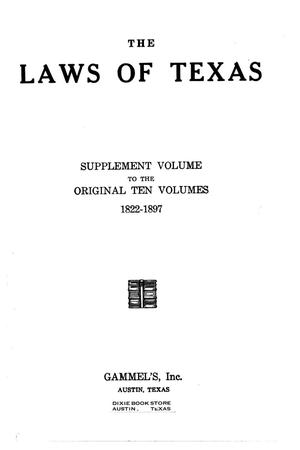 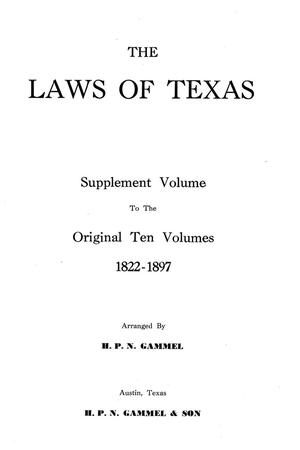 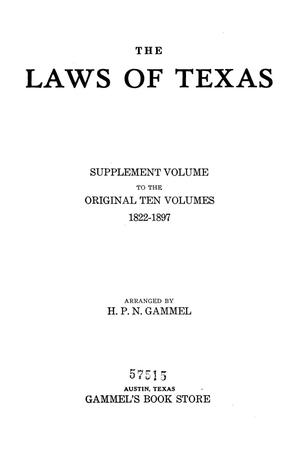 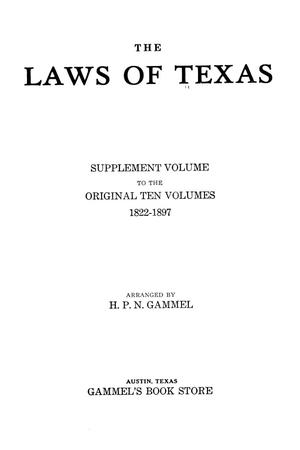 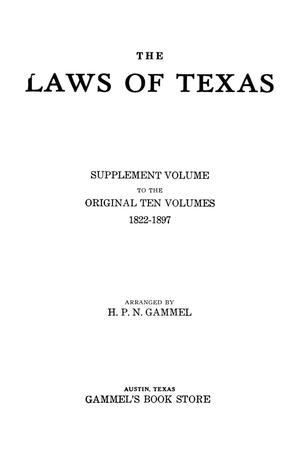 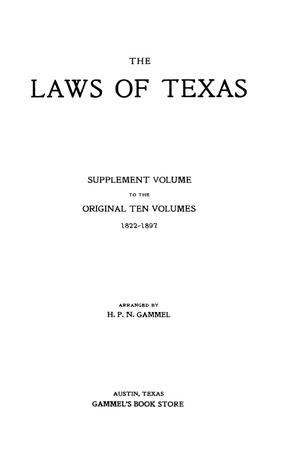 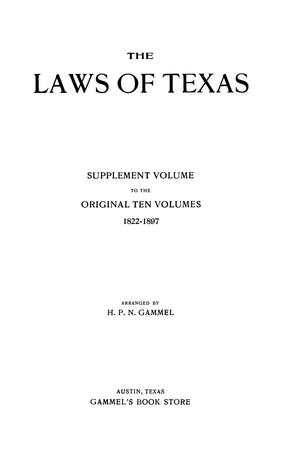 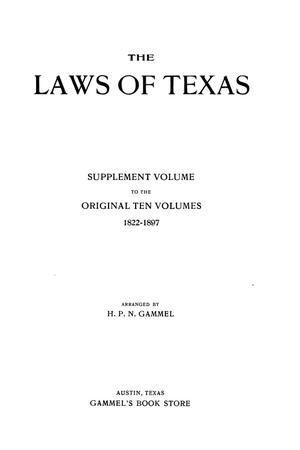 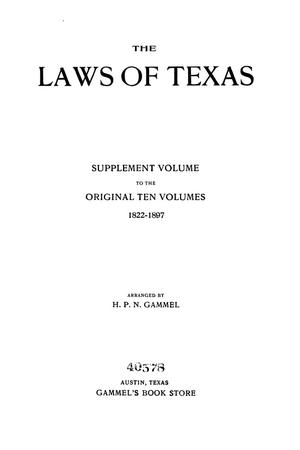 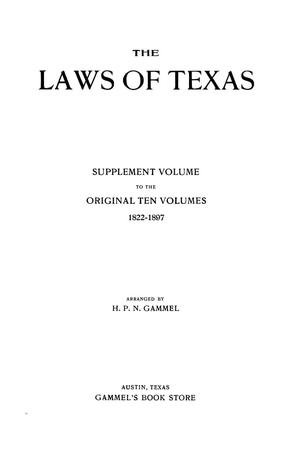 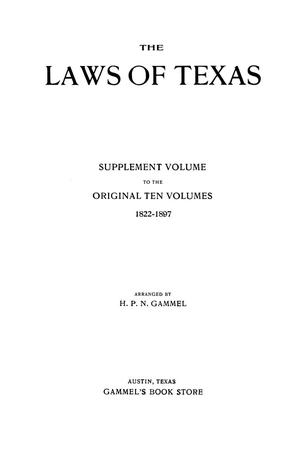 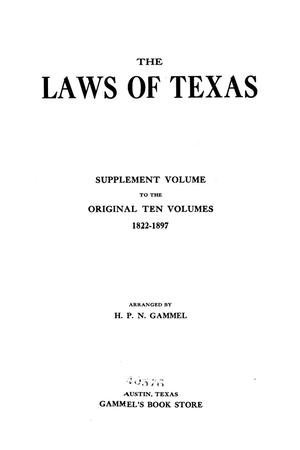