The Houston Daily Post had several precursors under the Post banner, but none measured up to the quality of its coverage and its commercial success. Officially formed in 1886, when its publisher, the Houston Printing Company was re-organized into a stock company, the Daily Post established itself as the premier paper in Houston and one of the leading daily publications in Texas. The paper was led by its editor and future U.S. Senator Rienzi M. Johnston and its business manager Julius L. Watson. Shortly after its formation and building on the success of its predecessor--the Houston Post, The Houston Daily Post could claim a circulation of 6,000. By 1901, circulation had climbed to 14,207. In 1888, the paperâ€™s content was spread across eight pages, each measuring 15 x 22 inches. By 1903, the paper had expanded to 10 to 12 pages measuring 17 x 22 inches. Through its lifetime, the Daily Post maintained an $8.00 annual subscription rate. Its affiliation with the Democratic Party was unwavering.

Besides effectively directing the content of the Daily Post, Johnston proved himself a master recruiter of star talent. During his tenure as editor, he secured the services of William Sydney Porter (O. Henry), Marcellus E. Foster, William Cowper Brann (the vitriolic columnist who later published the monthly Iconoclast), Judd Mortimer Lewis, Hugh Nugent Fitzgerald, Clarence Ousley, and Sam Houston Dixon among others.

In 1895, soon after reading an issue of Porter's short-lived weekly, The Rolling Stone, Johnston arranged to hire Porter for the Daily Post. Porter's various assignments included witty daily editorial columns appearing under the banner of, first, "Tales of the Town," then, "Postscripts and Pencillings," and then finally, "Some Postscripts". Porter's articles ranged from a half to a full column and were typically unsigned. His last column for the Daily Post appeared on June 22, 1896.

Foster (whose nickname was "Mefo") came to The Daily Post some time after 1895 and quickly rose through the editorial ranks, working as the paper's financial editor, Sunday editor, and finally in 1899 (at the age of 28) managing editor. Two years later, Foster would start the Houston Chronicle, but before launching that venture, Foster presided over one of the most important Gulf Coast news stories of the early 20th century--the great Galveston Hurricane of 1900.

Regular features of the Daily Post included "To Make Houston Greater" pieces by newspaper staff and guest columns written by local businessmen and community leaders speculating on the potential outcomes of expanding Houston, as well as reports on world news. The Houston Daily Post pioneered modern printing through the use of the Mergenthaler linotype machine. Facing the threat of a strike, the business manager Watson replaced typesetters with this linotype machine, becoming only the third U.S. newspaper to implement the technology. Once it proved successful, Watson began selling the Mergenthaler machine to papers across the country, making a fortune in the process. 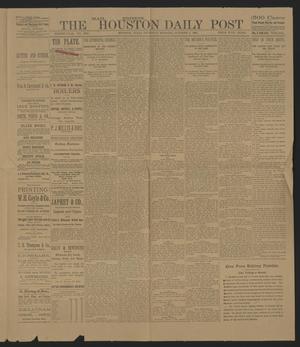 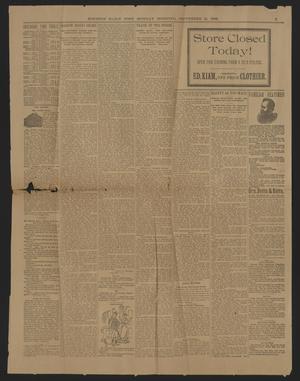 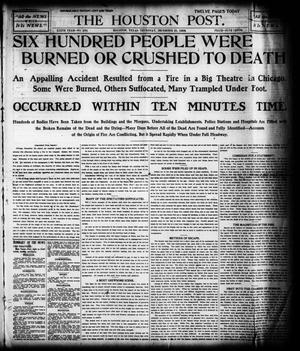 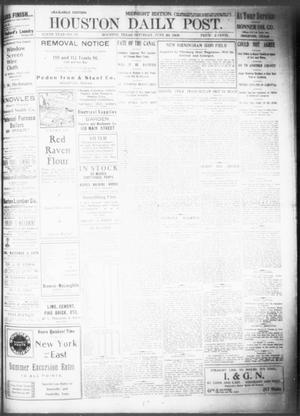 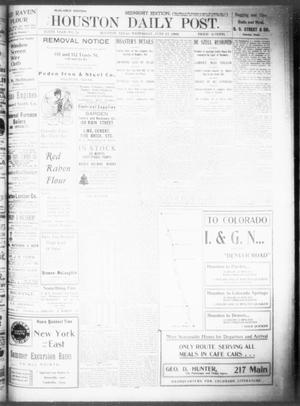 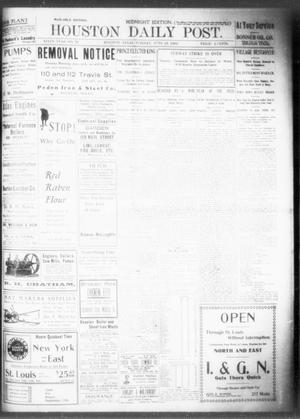 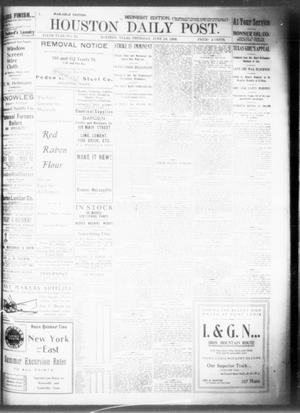 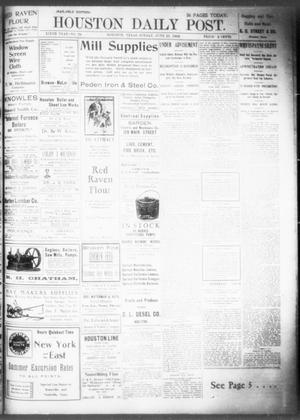 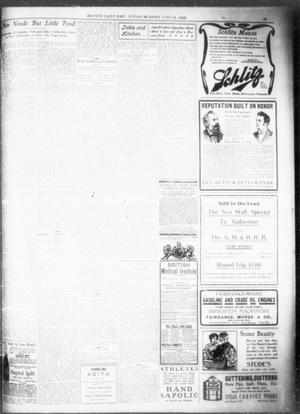 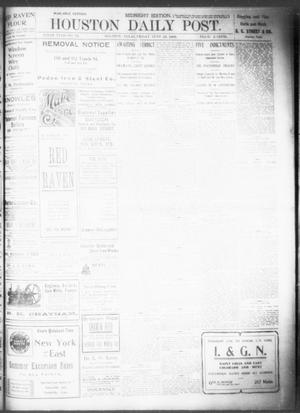 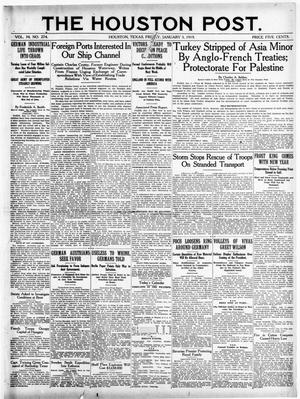 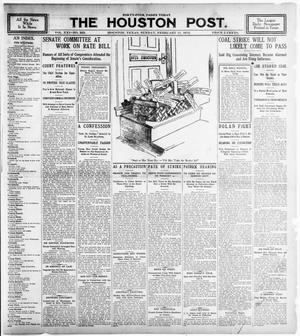 The Houston Daily Post in The Portal to Texas History. University of North Texas Libraries. https://texashistory.unt.edu/explore/collections/HDPT/ accessed May 19, 2022.