The Jackson Area Newspaper Collection represents multiple title iterations of the same newspaper, starting with the the Edna Herald, originally begun on November 22, 1906, and moving up to the Jackson County Herald-Tribune.

H.K. “Cap” Staples, an Edna native, began the newspaper, reportedly on Wells Street in downtown Edna. Since then, the newspaper has had numerous owners and publishers, most notably Chester Evans, a longtime journalist. In 1965, John and Vera Mae Harrah purchased the Edna Herald and the Ganado Tribune. On June 6, 1991, the newspapers merged and became the Jackson County Herald-Tribune.

The newspaper is currently owned by Jim Moser, president and owner of Moser Community Media, who bought the paper from Harrison Stafford, Willard Ulbricht, Joe Hermes, David Rose and Mark Rose in 2005.

Despite the name changes over the past century, the Jackson County Herald-Tribune has continued to support and report on all the happenings that affect the lives of the community and its people. 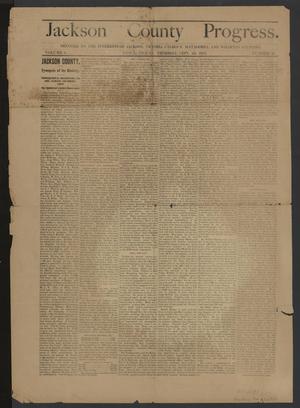