Founded in 1908 by Edgar Goldberg, The Jewish Herald was a weekly publication, devoted to matters of interest to the Hebrew citizens of Houston. In its first year, the paper was published every Friday, on eight pages measuring 10 x 13 inches each. By the end of 1910, The Jewish Herald had expanded to eight pages measuring 13 x 17 inches, and the paper's circulation had reached 1,150. Goldberg published the Herald through the Herald Printing Company, and the paper initially cost $1.00 for an annual subscription.

The first issue of The Jewish Herald appeared on September 24, 1908 (in the Jewish calendar year 5668, as stated on the nameplate), but the paper had its origins in a news bulletin that Goldberg sent to the Jewish community in April 1908. At that time, Houston could count approximately 1,700 Jewish residents and two Jewish congregations. Goldberg's bulletin stated that the community should keep informed of current events throughout the world, and especially of developments within the growing Jewish community. He proposed an Anglo-Jewish weekly which would chronicle the news affecting the Jews of Texas.

And indeed, the inaugural issue of The Jewish Herald focused on the local Jewish community. The front-page story featured the dedication of the Adath Yeshurun (Orthodox) synagogue, while deeper in the Herald's pages the paper reported on the recent completion of the Beth Israel (Reform) temple. Subsequent front pages typically featured noteworthy sermons, editorials, and commentaries on various aspects of the American Jewish experience, only occasionally featuring articles on more newsworthy items such as the Galveston Movement (to divert Jewish immigrants away from the cities of the Northeast), The New Orleans Jewish Orphans' Home, and the Dreyfus Case.

From the outset, Goldberg printed photographs of the community, and in May 1909 he began inserting an ornately framed portrait of a prominent Jewish Houstonian as a cover page for each issue. Goldberg published a "Local Items" column that in one or two sentences covered everything from birthdays, weddings, and out-of-town arrivals to children leaving for college, burials, and other sad tidings. The paper also provided space for several area Jewish organizations, such as the Jewish Literary Society, the Council of Jewish Women, the Herzl Zion Society, the Sons & Daughters of Zion, and B'nai Brith. Occasionally, The Jewish Herald would also publish series of proverbial sayings under such headings such as Pointed Paragraphs, Sentence Sermons, Eve's Epigrams, Buds of Wisdom, By the Gentle Cynic, and Dyspeptic Philosophy.

As one of the paper's succeeding titles, The Jewish Herald-Voice, wrote many years later, the only method of filling the was through personal contact, releases from others, letters to the editor and the usual publicity materials concerning local events. Many editors might have refrained from printing the more contentious letters to the editor, but Goldberg printed some that led to heated debates among readers. 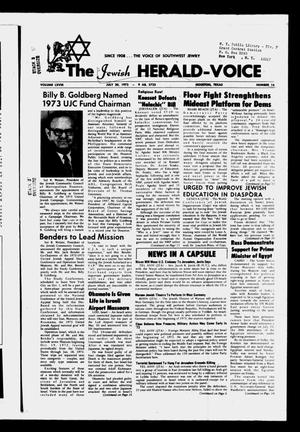 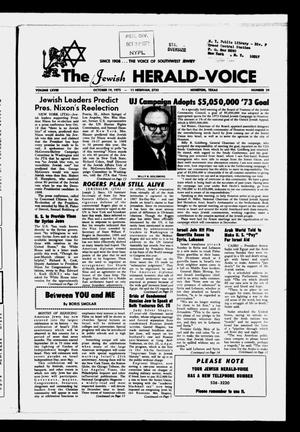 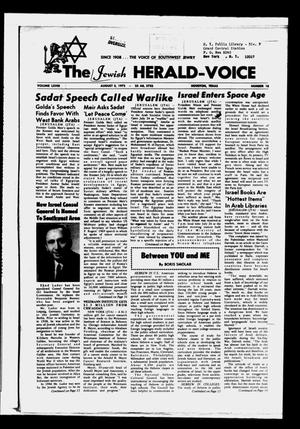 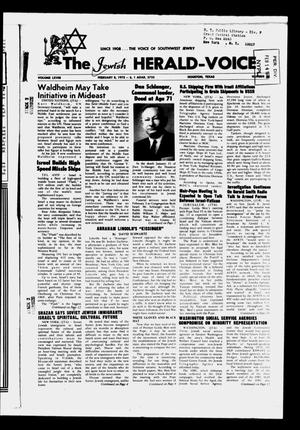 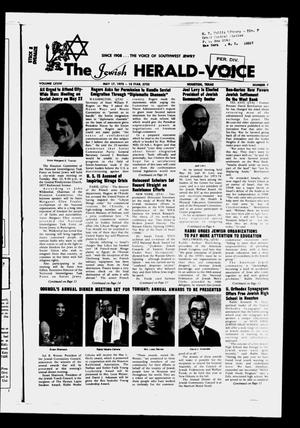 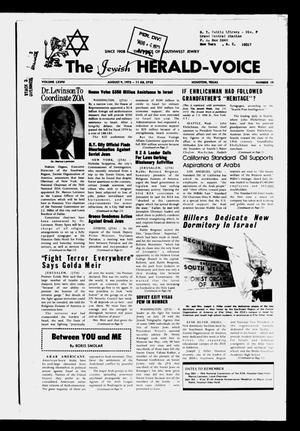 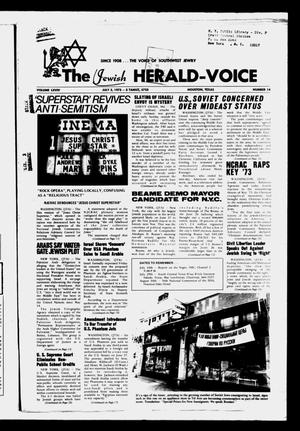 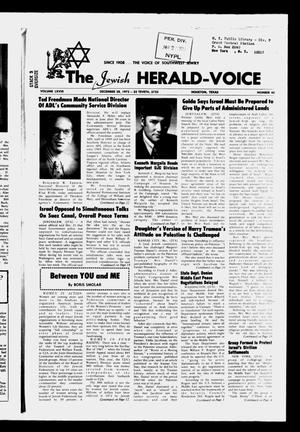 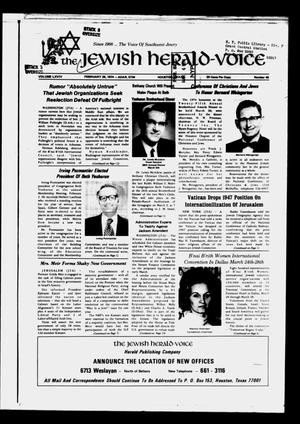 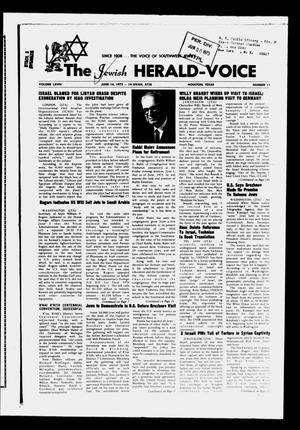 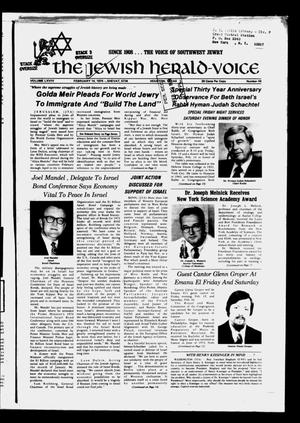 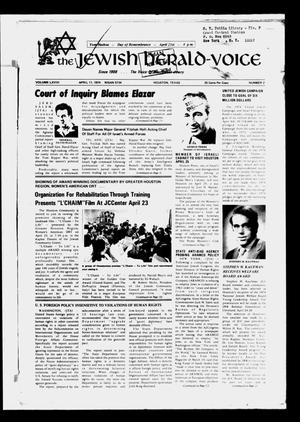