The John F. Kennedy/Dallas Police Department Collection contains 404 photographs that include the sniper's nest in downtown Dallas Texas School Book Depository Building, where Oswald allegedly fired on Kennedy's motorcade; the back and front yards of the boarding house at 214 Neely; Dealey Plaza; the intersection at Tenth Street and Patton Avenue where Oswald allegedly fatally shot Dallas patrolman J.D. Tippit; interiors of the Texas Theater, where Oswald was arrested by Dallas police; and the basement of Dallas City Hall, where Jack Ruby shot and killed Oswald on Nov. 24, 1963.

The John F. Kennedy/Dallas Police Department Collection contains 11,406 documents and photographs, including homicide reports, affidavits, witness statements, newspaper clippings and correspondence. The Dallas Municipal Archives, a division of the City Secretary's Office, possesses all of these original files except those that have been transferred permanently to the Federal investigation collection held at the National Archives.

A first set of documents related to the Kennedy Assassination were discovered by the City's Records Management Officer during a records inventory of the Dallas Police Department [DPD] in 1989. The documents, housed between 1963 and 1989 in a filing cabinet with other historical materials, were appraised as no longer administratively needed by the Police Department. However, since they possessed historical and permanent value they were transferred to the Municipal Archives. Little fanfare accompanied the transfer, but much more notice was taken after the addition of several more feet of documents in 1992, largely in response to the late 1991 release of Oliver Stone's film JFK, parts of which were shot in Dallas. In January, 1992 the Dallas City Council passed Resolution 92-0438, ordering the release of "all files, documents, papers, films, audio, or any other evidence held by the Dallas Police Department or any City department or agency regarding the John F. Kennedy assassination, the murder of lee Harvey Oswald, and Jack Ruby to the public and media immediately¦ That the Dallas Police Department and other city departments transfer all John F. Kennedy assassination documents and related materials to the Dallas Municipal Archives and Records Center for preservation and release to the public."

Like many city departments, the Dallas Police Department was not well equipped to accommodate researchers' requests and simply mothballed the Kennedy materials after the assassination. In the absence of meaningful local or Federal open records laws until the 1970s, the Kennedy records were more forgotten than actually restricted and were open to public inspection, though few made specific written requests to the department or the Police Chief. Most citizens' requests to the DPD for information were of a general nature and were directed towards the Warren Commission report or to the National Archives.

While it appeared the records were closed, in truth they were never meant to be restricted. A little-known press release from Dallas Police Chief Jesse Curry on November 25, 1963 stated, "When the investigation in the case of Lee Harvey Oswald is completed insofar as the Dallas Police Department is concerned, we intend to make the entire file public unless Federal authorities specifically request that some part be withheld and turned over to them. Unless we are specifically instructed otherwise from Washington, we believe it can and should become public information. At this time, we cannot designate when the release will be made." Nearly thirty years later the Chief's forgotten utterance finally became reality.

The Dallas Police Department records are primarily investigative documents associated with the initial investigation of the assassination, as well as separate investigations regarding the murder of Lee Harvey Oswald and the murder of DPD patrolman J.D. Tippit. The six series in the collection are organized according to the organizational functions of the Police Department and kept in the same order as they were physically stored at the Department. For example, materials on J.D. Tippit are not found in one single series, but within the Records Division series ("Murder file on Officer J.D. Tippit"); the Identification Division series ("Offense Reports" and "Personnel File: Officer J.D. Tippit"). During the processing of the collection a subject and name index was generated to create further access points.

Additions to the records had been made on several specific occasions. In 1967, photocopied newspaper and magazine articles relating to New Orleans District Attorney Jim Garrison were added to document that investigation. In 1988 and 1992 materials relating to the Roscoe White/Ricky White hoax were added, and in 1992 copies of citizens" letters to Jack Ruby during incarceration and other items were added. In 2005, several original but duplicate photographic prints and documents (concerning Oswald's murder and sending his clothing to the National Archives) stolen from DPD at an undetermined time were discovered and seized during a 2004 drug raid.

Several items of correspondence in the collection are requests for access written during the 1960s connected with the official Federal investigation of the incident. The first key exchange was Dallas County District Attorney Henry Wade's request to Chief Curry on behalf of the Federal government on November 26, 1963 to "return over all of the evidence obtained in the investigation of the president over to the FBI for mailing to Washington." An early transfer of material to the FBI is documented in a December 3, 1963 letter from Chief Curry to FBI field agent J. Gordon Shanklin. Curry confirmed that files on Lee Harvey Oswald's murder were microfilmed by the FBI upon receipt and returned a roll to DPD while originals were in Washington.

Subsequent piecemeal requests for information on various aspects of the larger investigation were made by the FBI or other federal agencies over a number of months, and there is a reasonably consistent paper trail of what was sent to Washington. Another crucially important January 1964 letter came from J. Lee Rankin, General Counsel for the Warren Commission, through Texas Attorney General Waggoner Carr, requesting the Police Department to provide anything relating to Lee Harvey Oswald. Many original items were never returned and retained permanently by the Warren Commission or the FBI, explaining why approximately 30% of the DPD Kennedy records in the Dallas Municipal Archives are second generation carbon copies or photocopies from originals. The real strength of the collection, however, lies in its intrinsic value: the signed and hand-annotated witness affidavits from Marina Oswald to William Whaley and dozens of Dealey Plaza witnesses.

Another important exchange occurred between Deputy Attorney General Nicholas Katzenbach and Chief Curry in February, 1965 regarding the release of certain classes of materials in the Warren Commission's papers. Because DPD items were contained in the larger body of records, Katzenbach asked "In formulating any special procedures which may be appropriate, we wish to consider your views as to whether the disclosure of any papers would be detrimental to the effective operations of the Dallas Police Department." Curry responded that any materials provided to the Commission should be available for public inspection and that it did not jeopardize the department's work.

Outside of general factual queries, few researchers sought access to the collection between 1963 and 1989 though there are several notable exceptions. Author William Manchester contacted Chief Curry in June, 1964 as he was conducting research for Death of a President. Presumably his letter was not only a request to visit Curry, but also to review police records.

In 1967 the U. S. Department of Justice requested not only access to, but a transfer of, Lee Harvey Oswald's clothing worn at the time of his murder to the National Archives. The transfer was the result of Acting Attorney General Ramsey Clark's order that "national interest requires the entire body of evidence considered by the President's Commission on the Assassination of President Kennedy to be preserved intact."

After 1967 the records were largely forgotten until 1976, when momentum grew surrounding further releases of Kennedy related materials through the House Select Committee on Assassinations (HSCA) and Kennedy researchers. In July 1976 then-Chief Counsel for the HSCA Richard A. Sprague contacted Dallas Police Chief D.A. Byrd to request a thorough review of all DPD Kennedy records, in conjunction with a subpoena from HSCA vice chair Henry B. Gonzalez for Byrd to appear before the Committee. There is no further correspondence with Byrd, nor did Byrd appear at the hearings, as far as is known. Also in 1976, David Martin, Legal Counsel to the U.S. Secret Service, sought approval to release DPD documents in possession of the federal agency to early Warren Commission critic and activist Mark Lane, including a police radio transcript, DPD's investigation of Major General Edwin Walker, and Lee Harvey Oswald's fingerprints.

In 1989 the Dallas Police Department transferred the documents related to the Kennedy Assassination to the Dallas Municipal Archives and Records Center (DMARC). Between 1989 and 1992 the records were processed for public use; textual and photographic materials were transferred from their original folders into preservation-quality folders and boxes; photographic prints and negatives were duplicated and a master set of 4x5 inch copy negatives was created. In all instances files and file series were maintained in original order as found at DPD.

Because of the fragile nature of the majority of original materials the complete collection was microfilmed and photocopied for public access, and a pioneering digitization project funded by Wang Laboratories in 1992 created a virtual collection for use at a public computer terminal. Text and photographic images were scanned in two-bit depth at 300 dots per inch and left uncropped and often in duplicate to assure researchers of the completeness and original order of the entire collection. While the original project was a significant achievement, dramatic improvements in digital scanning technology necessitated the re-scanning of the collection. The collection is available to all citizens free of charge through the Dallas Municipal Archives' portion of the City Secretary's Office website at http://jfk.ci.dallas.tx.us/. Researchers may continue to use the photocopy and microfilm sets by appointment. 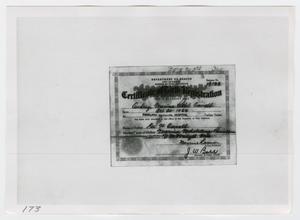 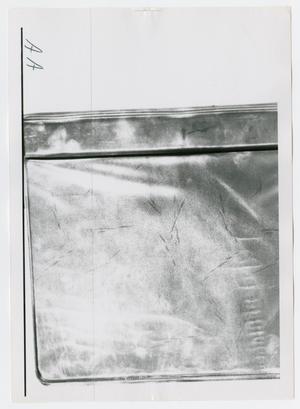 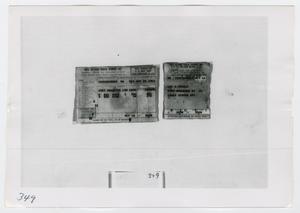 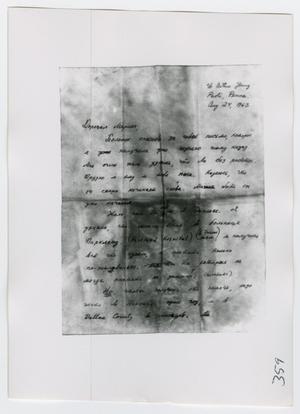 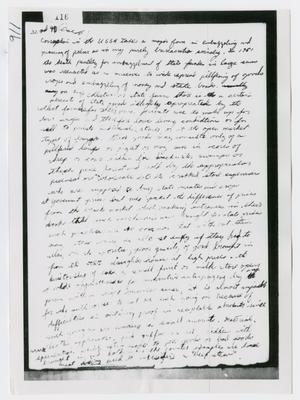 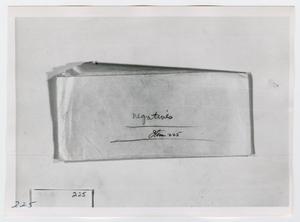 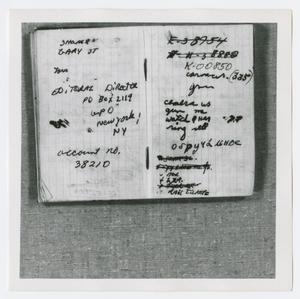 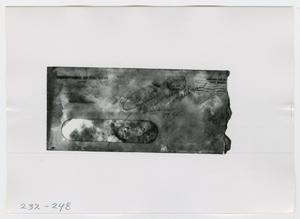 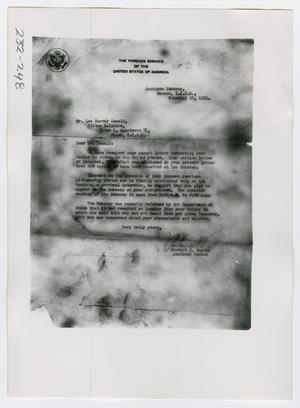 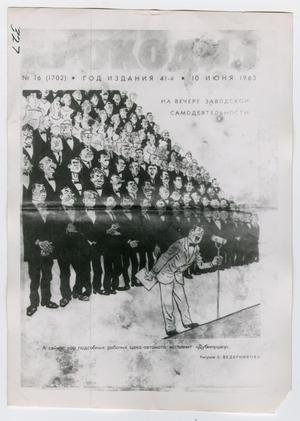 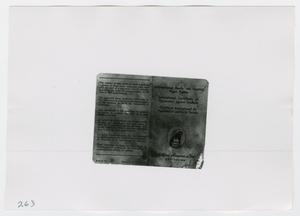 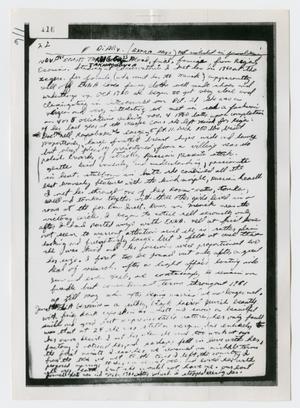