John Goodwin Tower, a Southwestern alumnus, represented Texas in the United States Senate from 1961 through 1984. Before his retirement, he named Southwestern University as the official repository for his papers. The approximately 800 linear feet of materials primarily reflect his Senate activities and include documents, legislative files, correspondence, speeches, campaign items, photographs, and audiovisual materials. Materials from before the beginning of his Senate career concern his family, education, and teaching career. Later items document his writings and his post-Senate appointments, including his nomination as Secretary of Defense. 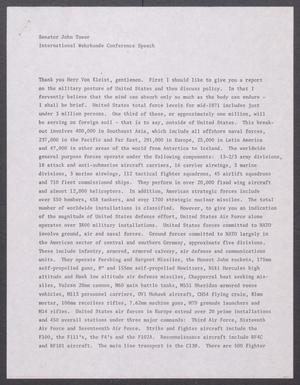 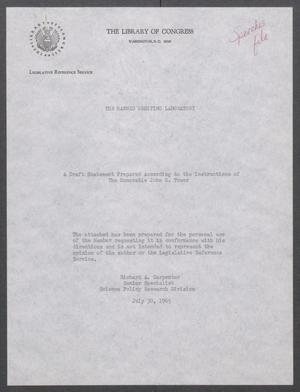 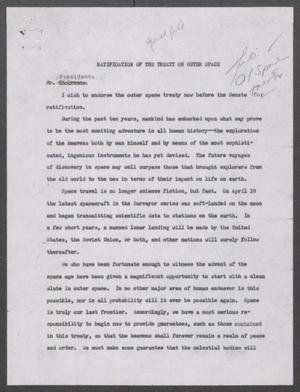 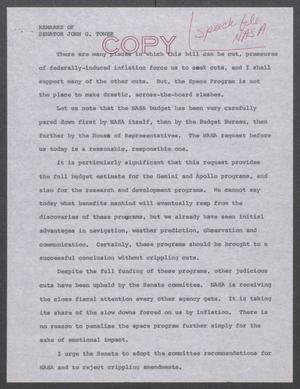 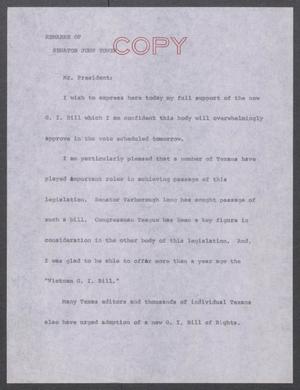 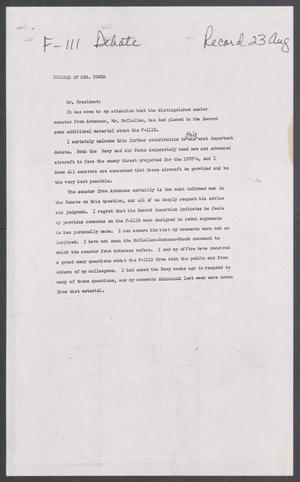 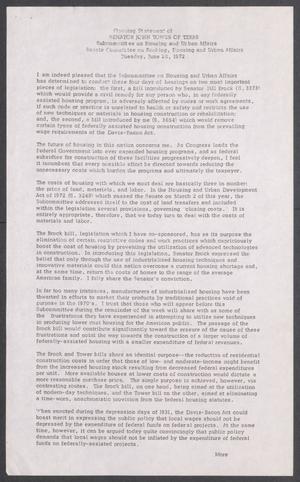 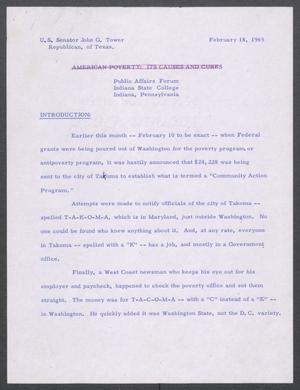 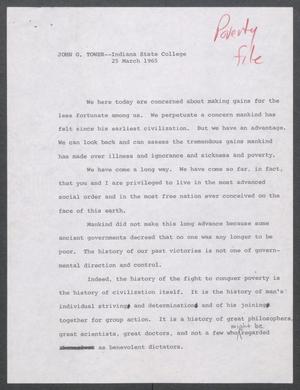 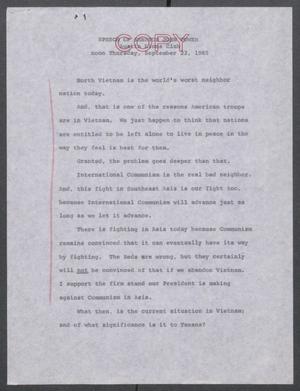 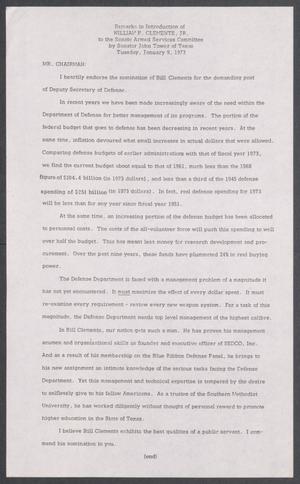 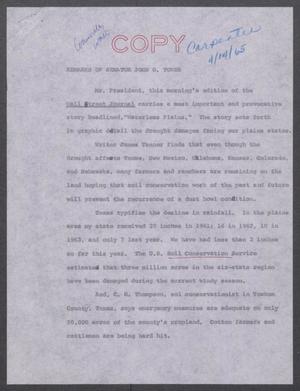