The Mary (Mrs. Anson) Jones Letters features a large collection of personal letters from the University of Houston Libraries' Special Collections dated between 1866 to 1882, discussing local affairs, family and friends. This collection contains more than 200 items and consists for the most part of correspondence, with some legal documents and tax papers. In addition to Mary Jones' letters, there is correspondence from Sallie (Jones) Ashe, her husband R. G. Ashe, Henry Cowing, Anson Jones, Cromwell Anson Jones, Joseph E. Field, and J. J. McMillan.

Mary Smith was born on July 24, 1819 in territory that later became Lawrence County, Arkansas. Her mother, a widow, moved her family to Brazoria County, Texas in 1834 when Mary was 15. The family settled on a farm in Brazoria County. Her mother married John Woodruff, a widower with several children. The Woodruff-Smith family left the farm during the Texas Revolution for safer regions farther east, returning after the Battle of San Jacinto.

Mary married Hugh McCrory on July 23, 1837 in Houston. McCrory was a soldier with Felix Huston's volunteers who became a Houston businessman following his release. McCrory died a few weeks after his marriage to Mary.

Mary met Anson Jones when he began boarding at the Woodruff house in Houston while he was serving in the Texas legislature. They planned to marry in 1838, following the end of Mary's year of mourning, but had to put aside their plans when Jones was appointed ambassador to the United States from Texas. Following his return the couple was married on May 17, 1840. Jones served as President of the Republic of Texas from 1844 to 1846, when Texas became part of the United States and James Pinckney Henderson became the first governor of the State of Texas.

Following Jones' death in 1858, Mary moved the family to Galveston, then to a farm in Harris County. Her husband had acquired land throughout east Texas during his life, and dealing with taxes, claims, and sales of the land occupied much of Mary's time throughout her life, as evidenced by her letters. She relied heavily on her children to assist her in her dealings with these legal and financial problems.

Samuel Edward and Charles served in the Confederate Army, where Charles died at the Battle of Shiloh. Samuel Edwards became a successful dentist. Sallie married R. G. Ashe and had at least one son, C. E. Ashe, who became a lawyer. Cromwell Anson became a lawyer and served as judge in Harris County, Texas until his death in 1888.

Mary became actively involved in the Daughters of the Republic of Texas, serving as its first president. She died on December 31, 1907. Her daughter, Sallie (Jones) Ashe, became an active member of the organization as well. 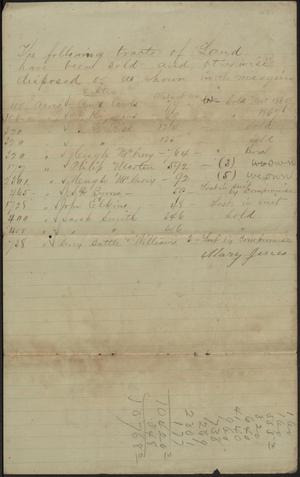 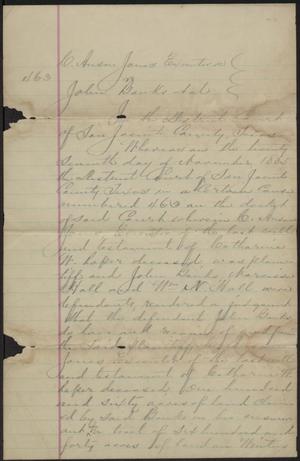 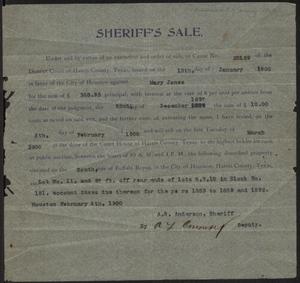 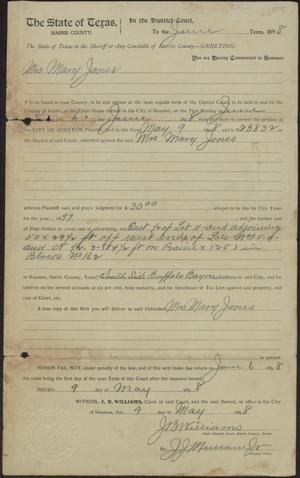 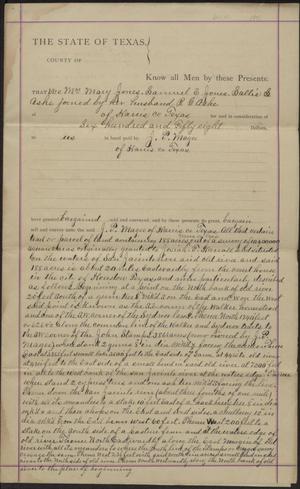 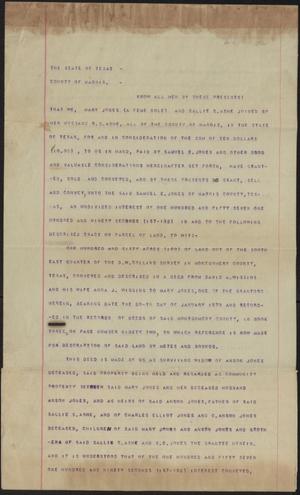 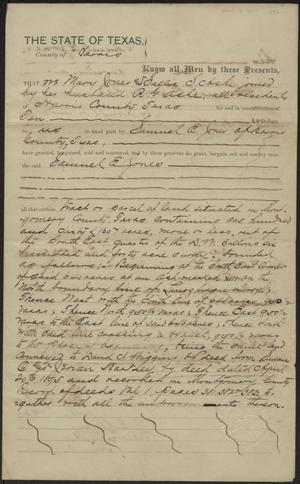 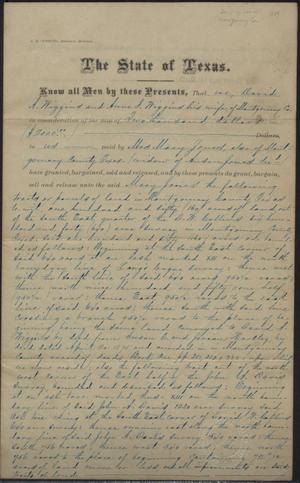 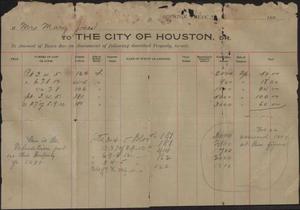 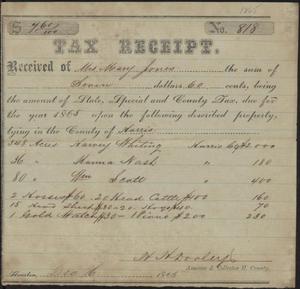 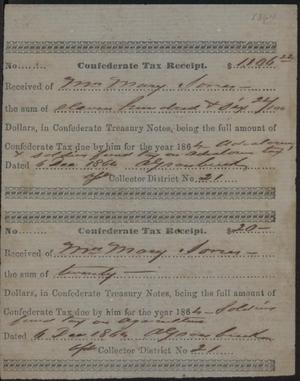