The Optimist, the school newspaper of Abilene Christian College, was first published in August 1912 as a relatively simple monthly newsletter. It has been continually published since then, and starting with Volume 7, and ending with Volume 68, it was published weekly.

Volume 69 and following have been published twice-weekly. With only a few exceptions, publication ceased during the summer months. Each volume covers one school year: publication begins with the start of the Fall semester (generally the end of August) and ends with the end of the Spring semester (generally the beginning of May.) Beginning in the spring of 2002, The Optimist has also published issues online at http://www.acuoptimist.com.

In Jan. 1929, a fire in Abilene Christian College's first Administration building destroyed the majority of the institution' archives. Because of this disaster, most issues of The Optimist prior to this event are water and/or smoke damaged, and almost all issues prior to Volume 7 are missing (save one issue each of Vols. 1, 2, and 6, and two issues of Vol. 4.)

Nearly all the material in The Optimist comes from students. For this reason, it is not only valuable for data it contains regarding school history, but also offers insight into the minds of its contemporary students. Additionally, the advertisements found throughout the paper offer historical data on Abilene's commercial community and what that community expects to be attractive to students. The closest publication date to April 1st is generally an April Fool's Edition (usually called The Pessimist).

As with most newspapers, the quality of paper used has been low and thus issues prior to c. 1950 are fragile and often are already in poor condition. Additionally, many issues have been bound in the past and have holes in the left side; the first and last pages of many of these bound volumes were glued directly to the binding and were damaged during disbinding, or are obscured by part of the binding remaining attached to the page. Some volumes have not been disbound and thus the inside portion of each page is obscured by the binding.

Excerpts taken from a description prepared by Drew Winters, August 2008. 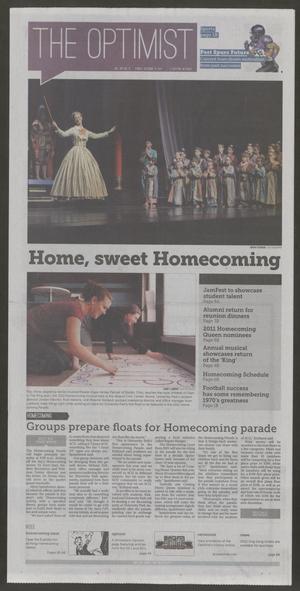 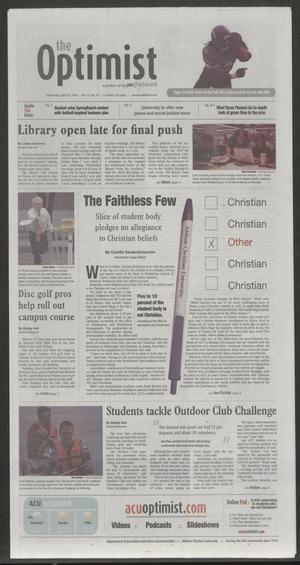 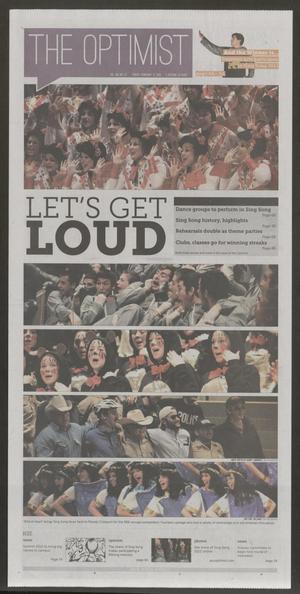 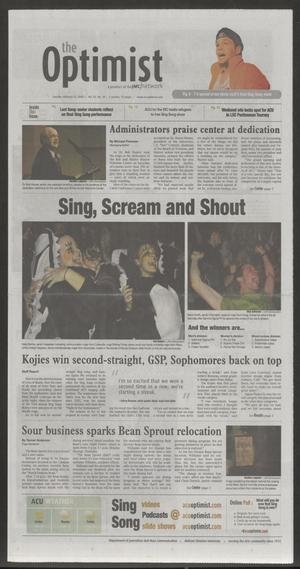 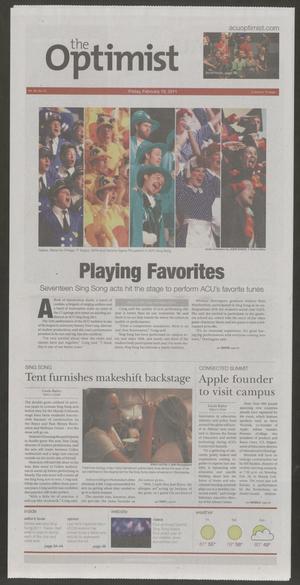 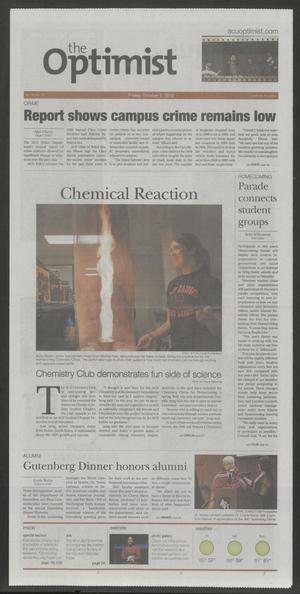 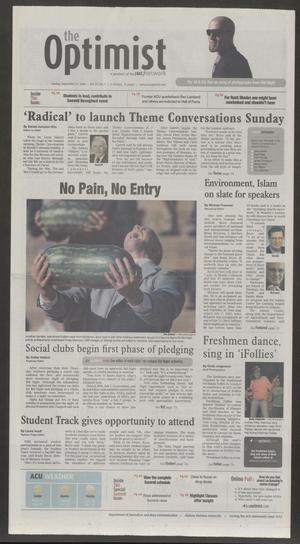 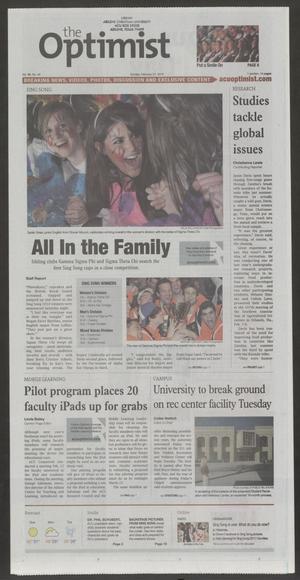 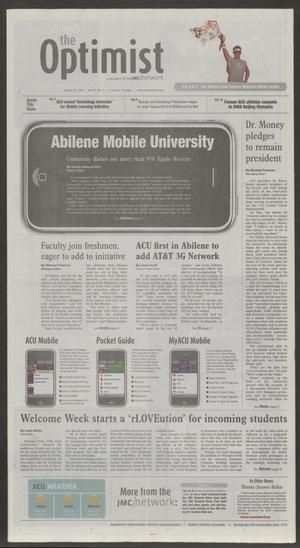 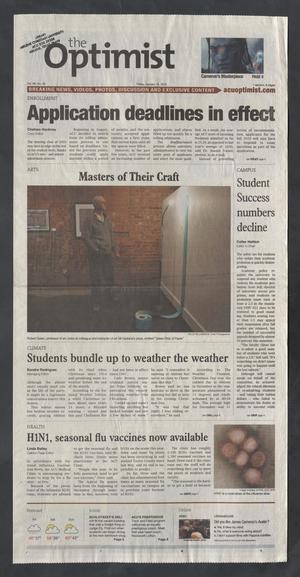 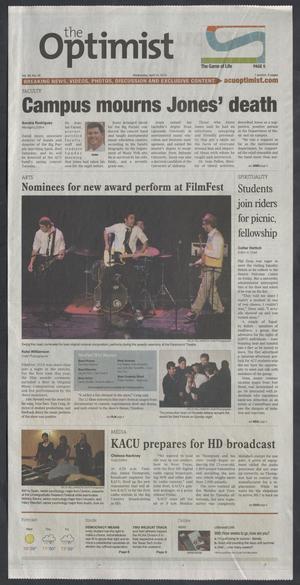 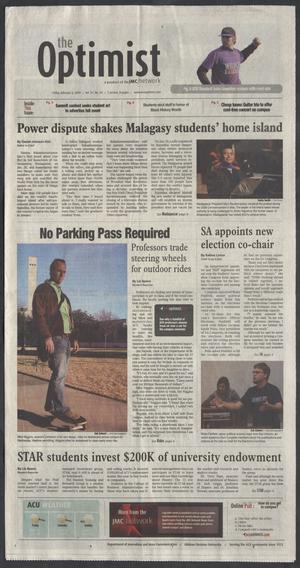 The Optimist in The Portal to Texas History. University of North Texas Libraries. https://texashistory.unt.edu/explore/collections/OPTMS/ accessed December 9, 2022.