Andrew J. Jackson joined with others to establish a newspaper, the Cherokee Sentinel, two years after the city's first newspaper shuttered its doors and moved to Palestine. Mr. Jackson wore two hats: newspaper editor and county district clerk. One of his memorable mentions by historians was not for reporting, but for hiring a young man who became the state's first native-born governor. Gov. James Stephen Hogg worked as a printer's devil, a task to which he later attributed his talent and skills as a writer and a value to his acquisition of knowledge.

Past issues of the Cherokeean Herald have been compared to the premise of Michael Crighton's book, "Jurassic Park." Just like dinosaur DNA trapped in amber rocks, Rusk's rich and colorful history was trapped in dead technology - microfilm. Back issues trace the rise and fall of the iron ore industry and Rusk's three blast furnaces. Some of the ore mined in Rusk was used in the construction of the State Capitol in Austin. When the building was dedicated in 1888, then publisher John B. Long attended. He wore many hats also, including U. S. Congressman, Texas State Representative and mayor of Rusk.

Marie and Emmett H. Whitehead purchased The Cherokeean on June 1, 1950. In the 1970s several newspapers claimed to be the "state's oldest weekly." While earning her masters as a journalism student, Mrs. Whitehead proved the paper's inception of Feb. 27, 1850. She determined that the Rusk Cherokeean is the oldest, continuously published weekly, which was the basis for an application for a State Historical Marker. It was officially dedicated Oct. 7, 2001.

Under the Whiteheads' ownership, the Alto Herald newspaper was purchased in 1978 and published under its own flag. In 1989 it merged with The Cherokeean and the new name became the Cherokeean Herald. Newspapers have long been recognized as a mirror, reflecting the lives of those being served. The printed word maintains today a strong position for the reflection of people and their lives, perhaps more so today than ever before. The historical value is capsuled in these words: "We must look to the past to appreciate the present and plan for the future."

With gratitude to the Tocker Foundation for making it possible to digitize the newspaper's archives from 1950-2000. 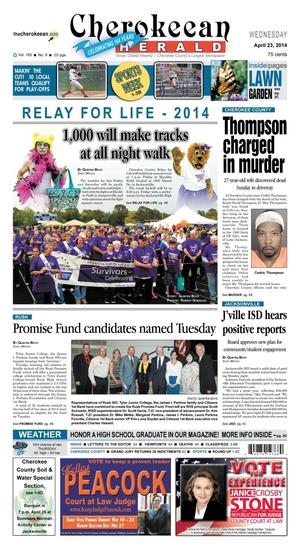 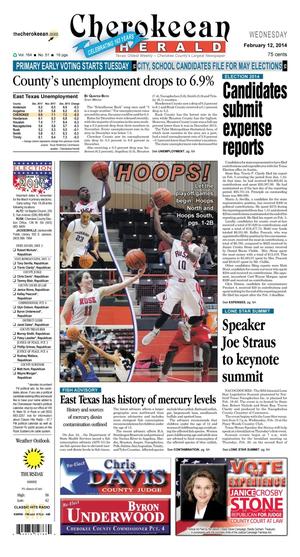 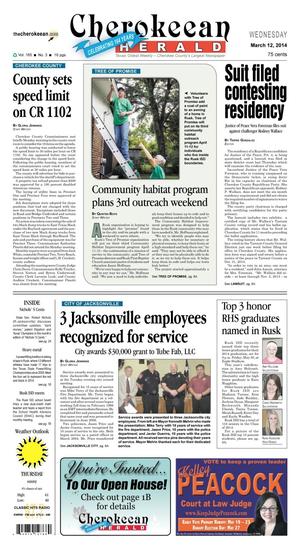 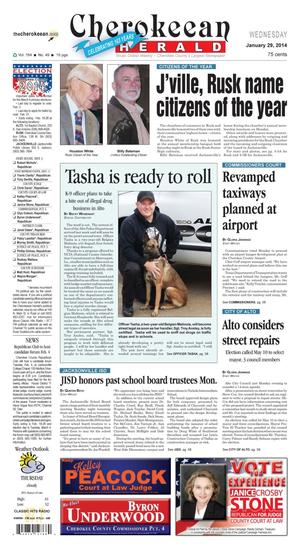 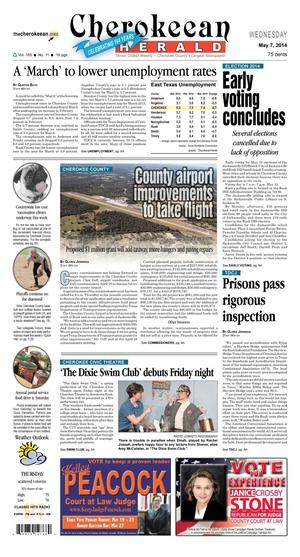 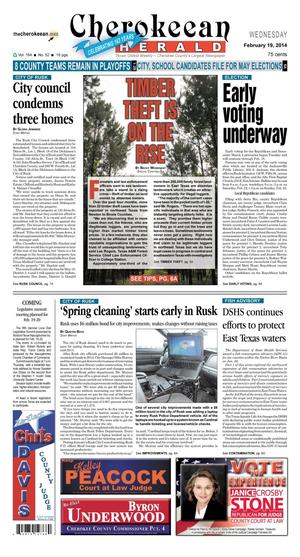 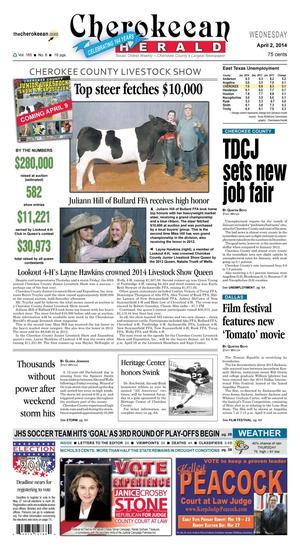 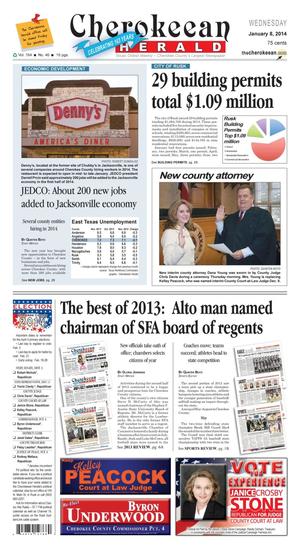 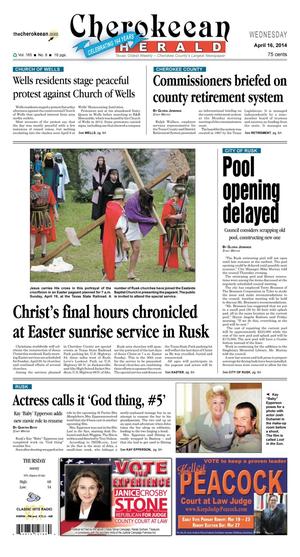 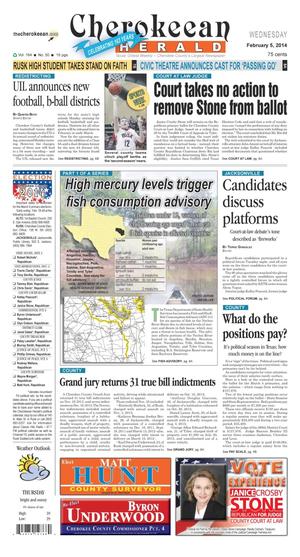 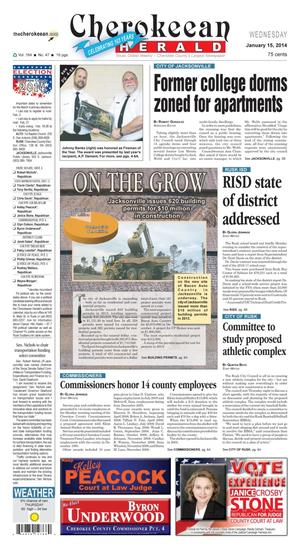 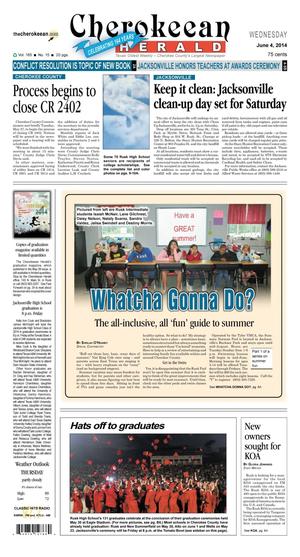 Cherokeean Herald in The Portal to Texas History. University of North Texas Libraries. https://texashistory.unt.edu/explore/collections/RUSKC/ accessed May 24, 2022.