On New Year’s Day 1873, at a time when Indian raids frequently visited the region, the San Saba County News debuted as the first newspaper in West Texas. Col. William T. Melton founded the weekly paper, after spending his youth apprenticing in the printing trade and establishing the Lampasas Dispatch in 1870. Melton’s San Saba paper quickly became known as the San Saba News and began circulating beyond the county lines to areas bereft of local journalism. Indeed, because the nearest competing newspaper was 45 miles away, the News achieved a relatively large circulation. After Melton departed for Concho County in 1879, the new publisher, Doug Landrum, articulated some of the San Saba County News' virtues: its advocacy for the “farmer, stockraiser and laboring man, who produce the wealth of the country”; its attention to the markets and other financial news; and its “faithful record of passing events on the Texas frontier.”

In 1880, the News appeared as a thin, large-format newspaper: each edition measured 22 by 32 inches, with only 4 pages in total. Its 500 subscribers paid $2.00 annually. The publishers, including J.E. Vernor, retained the original title until at least 1890 (though on occasion they issued the paper as the San Saba Weekly News).

In another attempt to satisfy its wider readership, the News also maintained a group of correspondents, including reporters in Llano, McCulloch, Concho, and Tom Green counties in 1880. During the 1890s, W. J. Millican of Bend, Texas, became involved as a correspondent. A prominent pecan grower and future president of the Texas Pecan Growers’ Association, Millican would eventually lead the News' coterie of correspondents (32 strong in 1941) as president of its Correspondents’ Club. 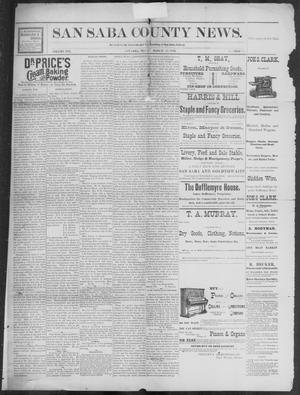 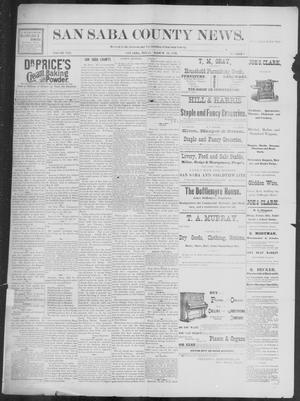 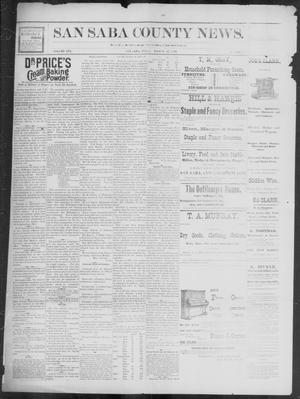 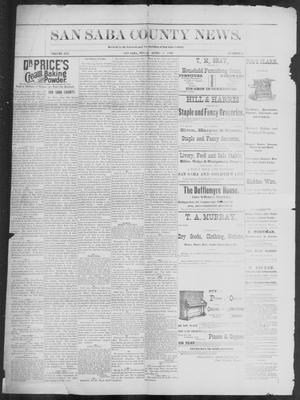 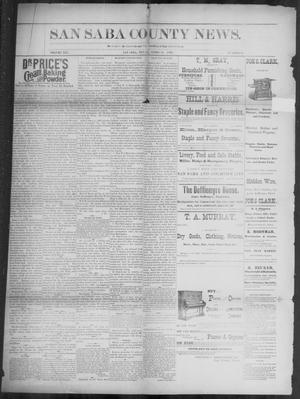 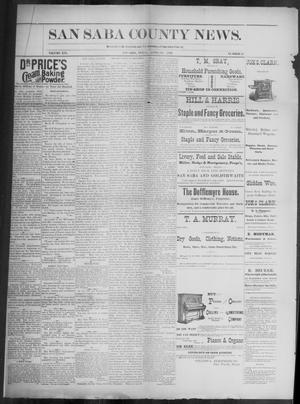 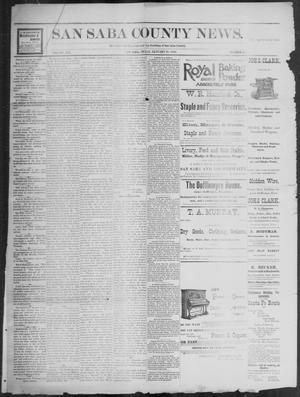 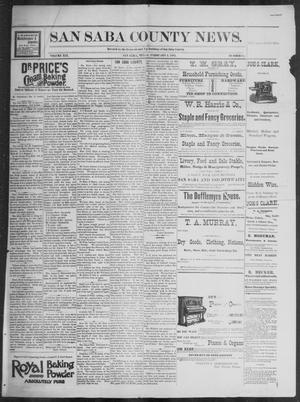 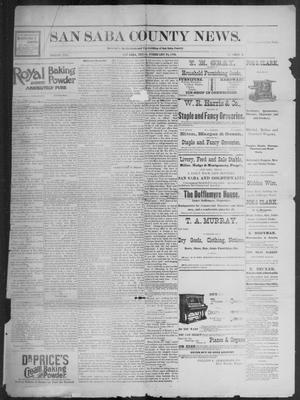 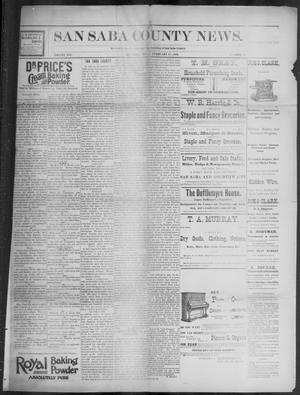 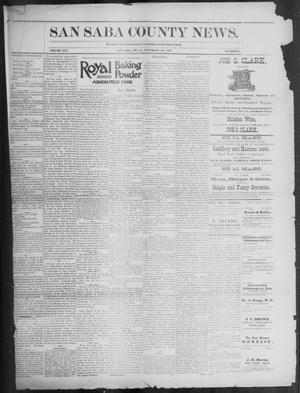 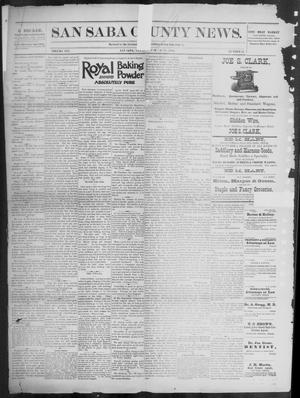