In 1873, Issac H. Julian relocated from Indiana to San Marcos, Texas. After having published a newspaper in Eastern Indiana for 14 years, Julian quickly bought the only existing paper in Hays County, the San Marcos Times. Julian published the paper under several names over the next 27 years.

Julian began the paper as the West Texas Free Press and San Marcos Valley Times. In 1874, he renamed it the West Texas Free Press and in 1877, the San Marcos Free Press, a title it held until ceasing publication. Throughout its tenure, the paper ran as a four-page Saturday weekly, but its physical characteristics varied, sometimes measuring 22 x 30 or 24 x 35 inches and featuring five, six, or seven columns. The price of an annual subscription remained constant at two dollars and fifty cents until 1898, when it dropped to one dollar and fifty cents. In 1886, the San Marcos Free Press officially reached 550 subscribers, but Julian reported printing an edition of 1,200 copies that same year.

The official paper of Hays County, the Free Press strove to meet the needs of all residents, including women and children. In addition to Texas and national news, the newspaper printed jokes, aphorisms, and advice targeted specifically to young women. A published poet, Julian always printed a poem on the front page, and fiction frequently appeared there as well.

The Free Press continually endeavored to both enhance the area’s reputation and gain a wider readership. To highlight the town’s establishments, Julian began publishing a directory of churches, societies, and county officers for free; businesses paid to be included. Julian sent free copies of the paper to potential subscribers, and he offered discounted rates for two copies so subscribers could “send copies abroad.” The paper also promoted a bundled subscription option; for a reduced rate, readers could receive select national papers along with the Free Press.

The Free Press dominated the Hays and Blanco County markets. Only the San Marcos Cresset and the Hays County Times offered viable competition, but neither publication lasted long. Julian’s strongly held opinions and Yankee origin often rankled area residents, with C.M. Hull, the owner of the Cresset, even attempting to shoot his rival. Nonetheless, Julian was widely recognized as the region’s preeminent newspaperman.

Little exists to document the Free Press after Julian sold it in August of 1890, but it most likely survived to 1892. That same year, Julian reentered the newspaper business, starting the People’s Era, a Populist paper he published until 1900. 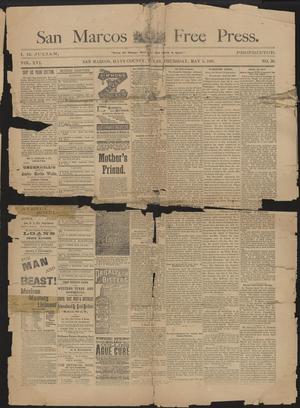 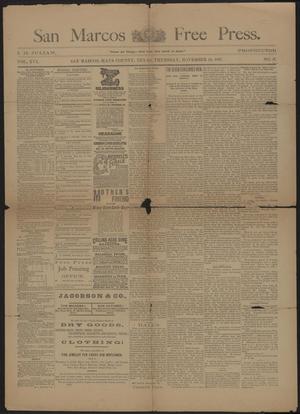 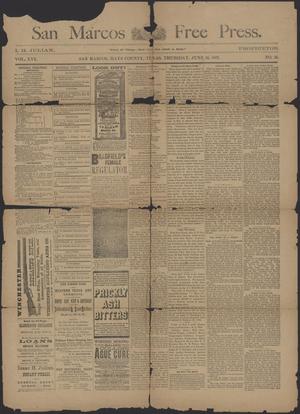 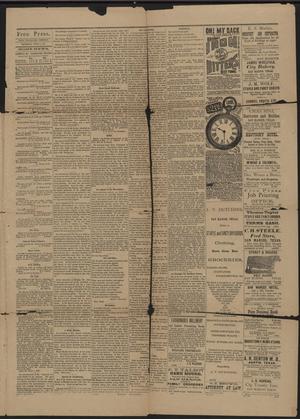 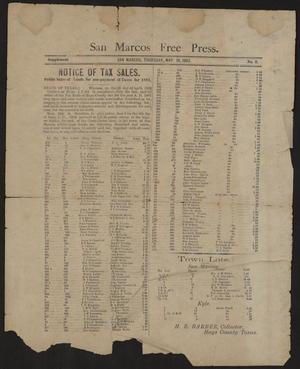 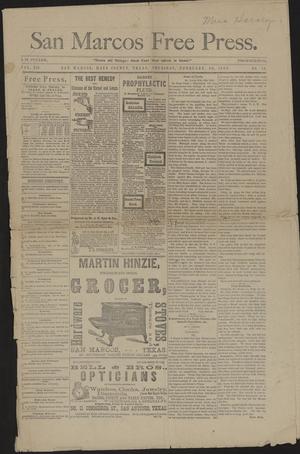 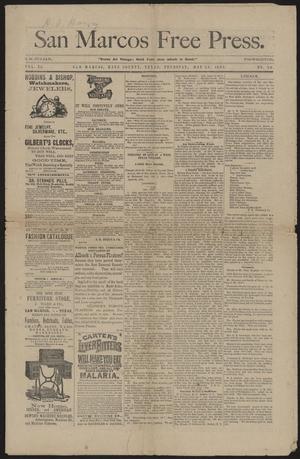 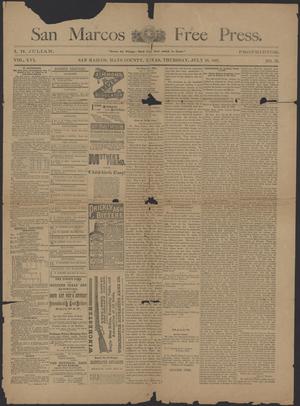 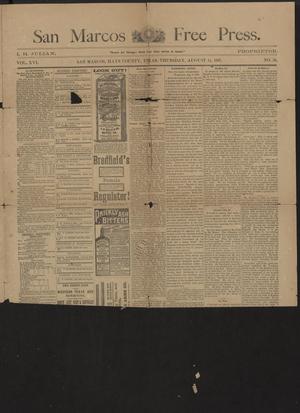 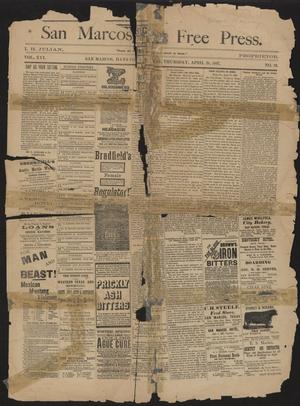