At the turn of the 20th century, two newspapers--the Coming West and the Western Light--served the residents of Snyder, Texas. Founded in 1887, the Coming West dated from the town’s origins as a buffalo hunting ground, while the Western Light began as ranching flourished in the 1890s. As Scurry County grew to over 10,000 residents in 1910, however, the newspaper business did not follow suit. Instead, the Snyder Signal became the town’s primary news source by the end of the following year.

The details of the transition remain unclear, but E. B. Barnes most likely renamed the Coming West the Signal in 1911, the same year that J. S. Hardy consolidated the Western Light with the paper. After experimenting with a daily version for a few months, Hardy and Barnes issued the eight-page Signal as a Friday weekly. The paper cycled through several owners, but Hardy consistently edited the publication from 1911 to 1921. Measuring 15 x 22 inches and costing one dollar for an annual subscription, the Signal reported a subscriber base of 1,500 in 1913.

In addition to printing international and national newswires from the Associated Press, the Signal chronicled milestones in the frontier town’s growth, including the establishment of Snyder’s chamber of commerce, waterworks, and fire department. Crop updates and farming bulletins served the region’s expanding agricultural industry, with personal news from residents across Scurry County extending the paper’s appeal. Although advertisements rarely ran on the front page, the Signal featured ads from a wide variety of local businesses and professionals inside its pages.

Published in 1911 under the motto “Let all The Ends Thou Aim’st at Be Thy Country’s, Thy God’s and Truth’s,” the Signal actively promoted a Christian way of life. Editorials championed Christian values, such as a 1916 front-page article that praised the local movie theater for its “elevation of the moral tone of the movie world.” Revival meetings and other church events also garnered spots on the paper’s front page.

The Signal reported on several noteworthy events during the 1910s. In April 1916, the newspaper featured extensive coverage of Snyder’s Chautauqua, an adult education program, which culminated in William Jennings Bryan’s visit to the town. Later that same year, Scurry County became the battleground for the Johnson-Sims Feud, the last blood feud in Texas. The Signal captured the tragic aftermath of Ed Sims and Gladys Johnson’s divorce, even printing verbatim transcripts of court testimony. The newspaper also foreshadowed the region’s later success in the petroleum industry. As early as 1913, editorials encouraged Scurry County residents to stop “slumbering just above a magnificent deposit of undeveloped wealth” and invest in petroleum development.

With the exception of the Snyder West Texas News, the Signal had few viable competitors during its tenure. In 1923, the Signal combined with the recently established Scurry County Times (which thereafter claimed the older paper’s 1887 start date as its own). Also published as the Scurry County Times and the Snyder Signal or simply the Times-Signal, the newspaper became the Snyder Daily News in 1950. The News continues to this day. 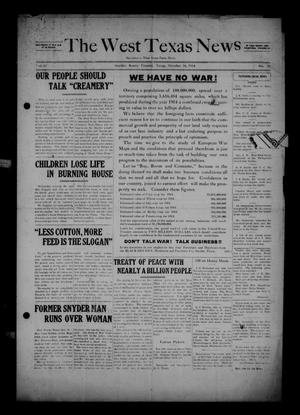 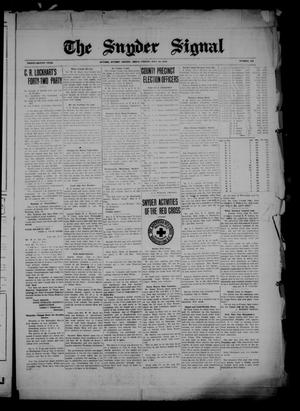 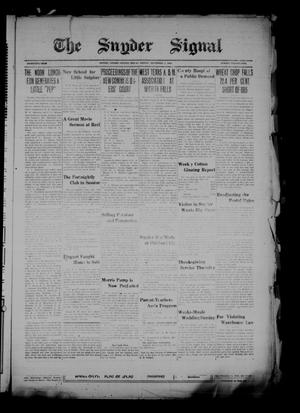 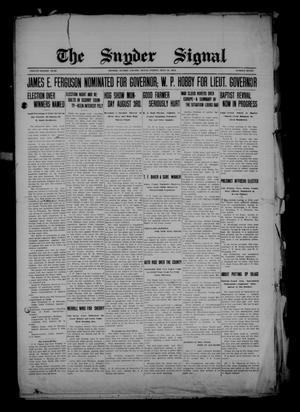 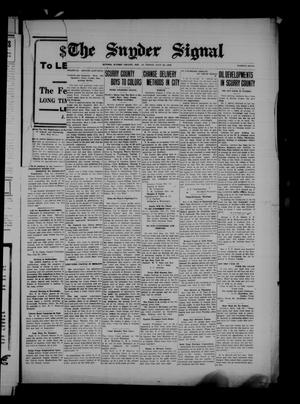 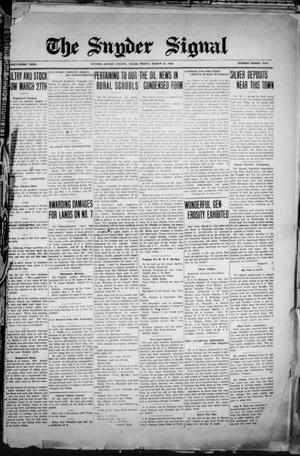 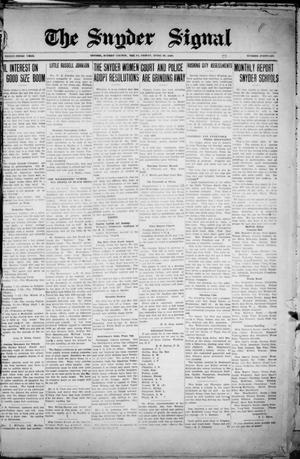 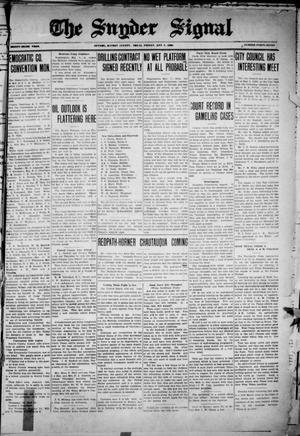 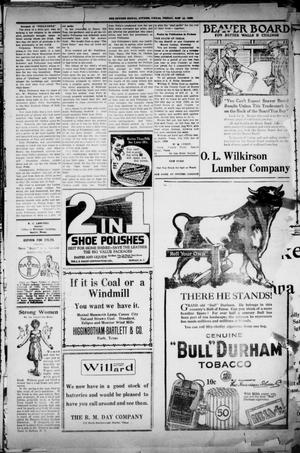 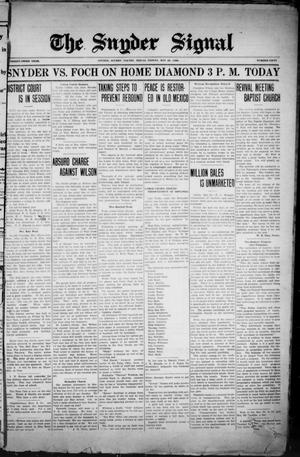 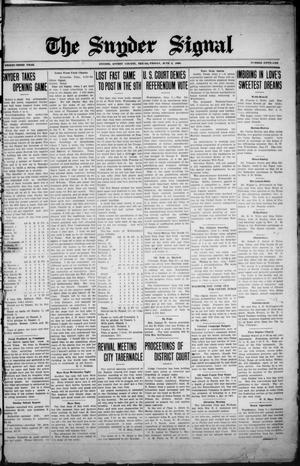