The Texas State Historical Association began publication of a historical journal, the Quarterly of the Texas State Historical Association, in July 1897. George P. Garrison, the first editor, served until his death on July 3, 1910. Shortly thereafter Eugene C. Barker, who had become associate editor with the issuance of Volume 8 (1904-05), became editor. The last number of the Quarterly for Volume 15 (1911-12) announced a change in name to Southwestern Historical Quarterly, and Volume 16 appeared under that broader title. The editorship remained in Barker's hands until the completion of Volume 40 in April 1937, when the executive council named professors Charles W. Hackett, Rudolph L. Biesele, and Walter P. Webb as editors, with Hackett as managing editor. With Volume 43 (1939-40) Webb became editor, and with Volume 46 (1942-43) H. Bailey Carroll joined him as managing editor. Webb resigned in 1946, and Volume 50 (1946-47) appeared under the editorship of Carroll, who served as editor from 1946 to 1966 and was succeeded by Joe B. Frantz at the association's seventieth annual meeting in 1966. L. Tuffly Ellis became editor in 1977, James Pohl in 1985, and Ron Tyler in 1986. A cumulative index of volumes 1 through 40 (July 1897-April 1937) was published in 1950. A cumulative index of volumes 41 through 60 (July 1937-April 1957) was published in 1960. The first fifty-four volumes of the Quarterly were reprinted in 1968. Other indexes for volumes 60 through 80 were published in 1980 and 1984. The Quarterly is distributed primarily to TSHA membership. Its circulation was 3,395 in 1994.

In the main the Quarterly has published articles dealing with Texas history. The journal has been a major source for most of the textbook accounts of Texas and Southwest history. Beginning with the July 1967 issue the Quarterly featured a color reproduction of a painting on the cover, the state seal reproduced in color on the title page, a photographic section, and special color pages for the "Southwestern Collection" section. The new format proved popular and has been continued. 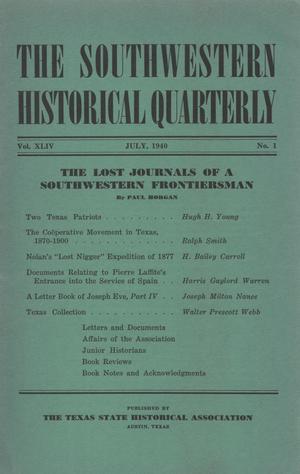 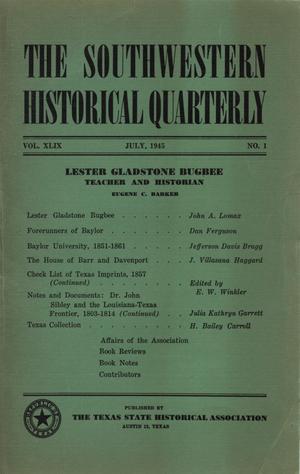 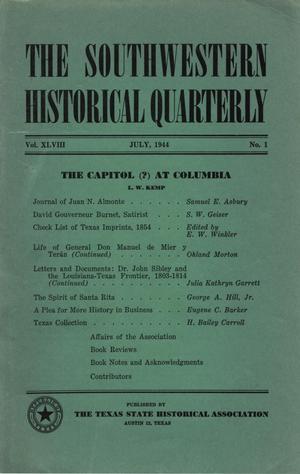 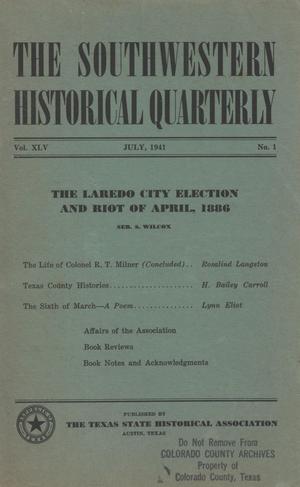 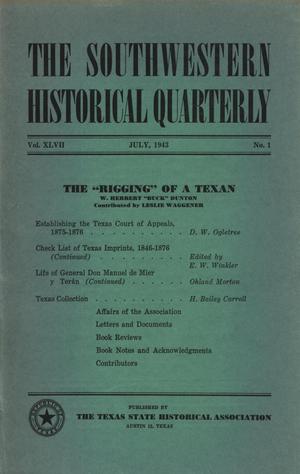 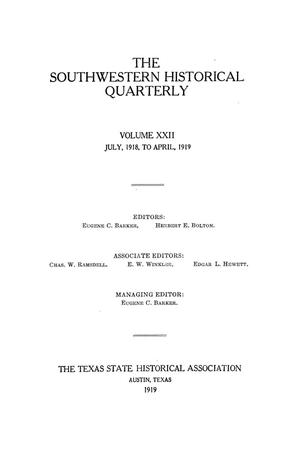 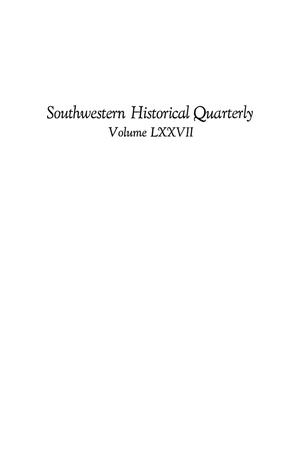 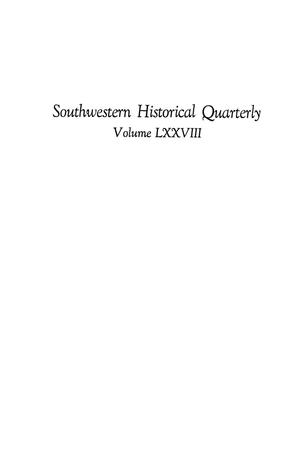 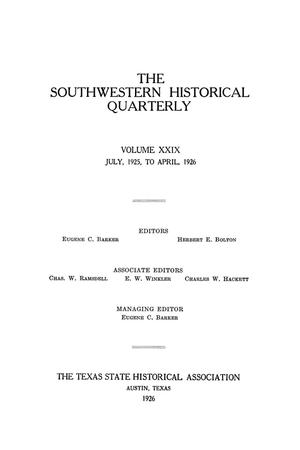 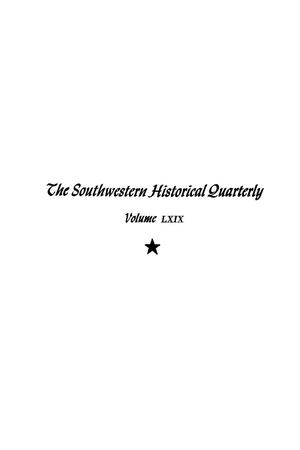 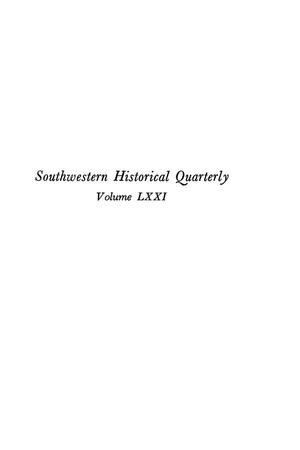 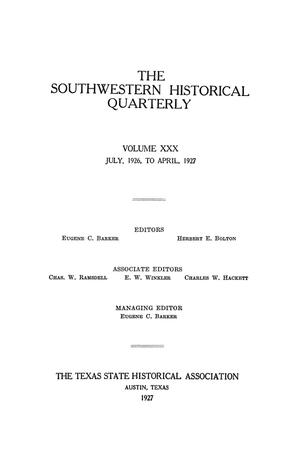