Alto is one of the oldest towns in East Texas, and by virtue of being on the celebrated El Camino Real, has witnessed much Texas history.

Although Alto had a newspaper as early as 1893, no issues prior to 1909 are still in existence. The first newspaper published in Alto of which we have good information was The Alto News. It was owned by Dr. J. W. Teague and published by Charles J. Matthews between 1893 and 1897. The newspaper was sold to J. T. Ahearn, who sold it to J. E. Shook. Later the paper was sold to the Rev. S.M. Thompson, a Methodist minister, and the name was changed to the Alto Herald. During the period of the digitized archives, ownership successively passed to Thomas M. McClure, Elbert Allen, Frank L. Weimar, and Frank Ed Weimar.

The Alto Herald was purchased August 1, 1978, by E. H. Whitehead Enterprises, Inc. of Rusk, that also owned the Rusk newspaper. The Whiteheads published The Alto Herald as a separate newspaper until April 1989 when it was merged with The Rusk Cherokeean, which has the distinction of being the oldest continuously operating weekly newspaper in Texas.

In 1982, with the financial support of Robert McClure, former Alto resident, The Alto Herald archives through 1966 were microfilmed by Microfilm Services of Tyler. A grant from the Tocker Foundation made the digitization of this film possible. 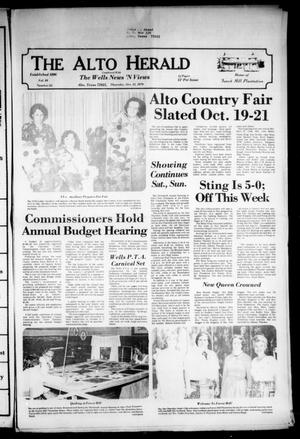 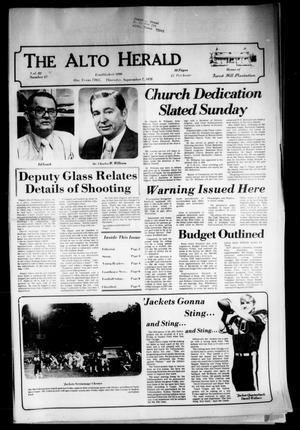 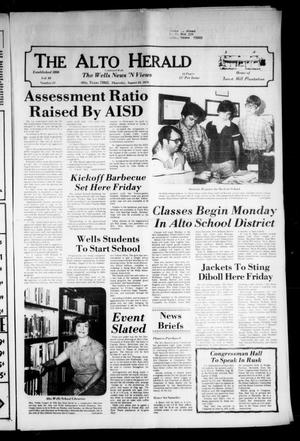 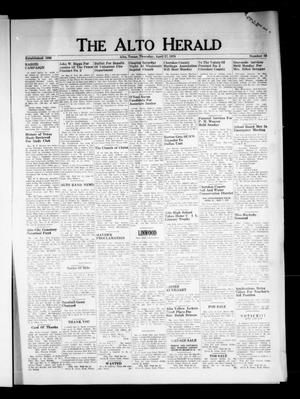 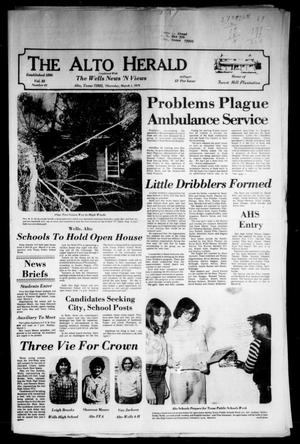 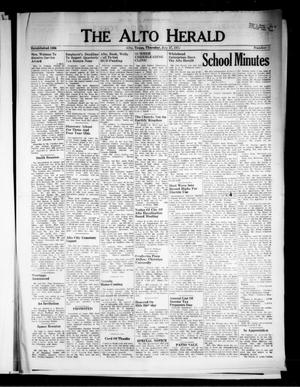 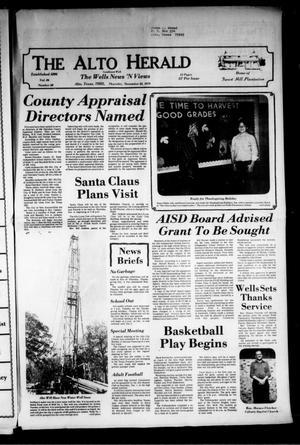 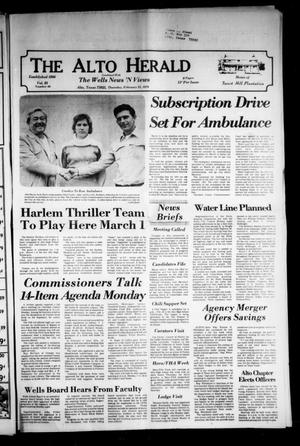 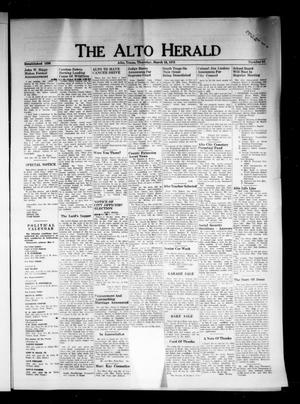 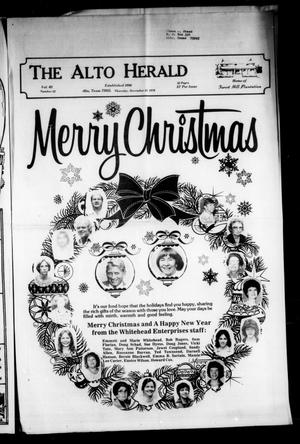 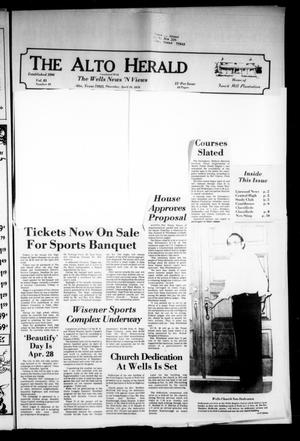 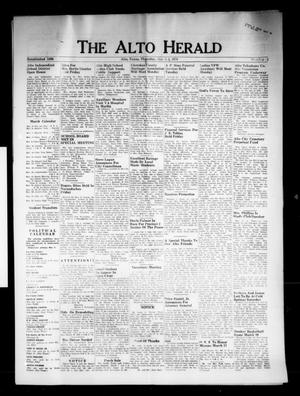 Alto Herald in The Portal to Texas History. University of North Texas Libraries. https://texashistory.unt.edu/explore/collections/ALTO/ accessed May 16, 2022.