Established in 1897 by John J. Rhodes, the San Angelo Press initially billed itself as the Stock Growers & Breeders Journal. Needham Smith and S.C. Parsons, who edited the Press in 1901, intended the paper to be in harmony with the reading people of the great territory of Southwest Texas, and a live local newspaper of this fertile section of country. The Press was especially concerned with providing news and information on stockbreeding, farming, the home, and industry. The paper passed to the ownership of P.E. Truly (former editor of the Runnels County Ledger in 1902. Thereafter, the Press experienced a succession of proprietor-editors that included W.I. Wayland and R.W. Lorance. In 1901, the San Angelo Press enjoyed a circulation of 1,887 readers, delivering eight pages (each 15 by 22 inches) for $1.50 annually. By 1907, the paper had increased its circulation to 2,500 and occasionally published a 12-page edition.

Despite the frequent change in editors, the San Angelo Press maintained two distinctive qualities: its attention to stockbreeding and the prominence of local stories. The Stock News column (originally appearing with a phone number for reader reports) always retained a place in the Press, even appearing for a time on the front page. Often, the stories came from the telegraph wire, and they were always grouped under headlines such as Wool Trade Review, The Farmers Cow, Turned 'Em Down(cattle inspection woes), Annual Hog Notes, Southern Cattle Trade in 1901, and The Ideal Feeding Steer.

Under the Press's decorative cursive script nameplate (used until 1903), one could find extensive coverage of local events. As editor Truly asserted in 1902: expect that we will make [the Press] a faithful chronicler of the local history of this section. It will be our policy to make the paper especially a local paper. Deaths, events such as the San Angelo Fair, reports from community organizations such as the Society of Odd Fellows, and other local stories often found prominent placement in the Press. The paper also participated in an exchange with its counterparts in surrounding counties, giving readers a broader perspective on developments in Southwest Texas. Other papers involved in the exchange included the Devil's River News, the Sterling City News, and the Coke County Rustler. 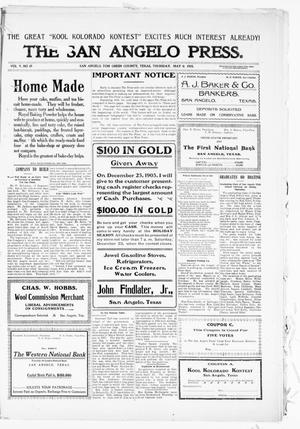 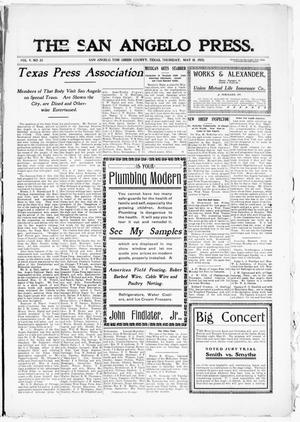 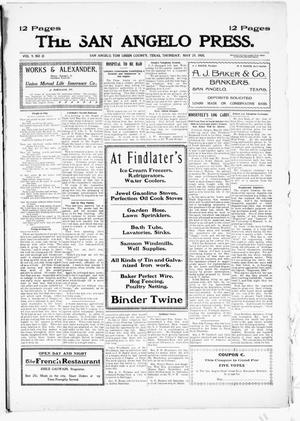 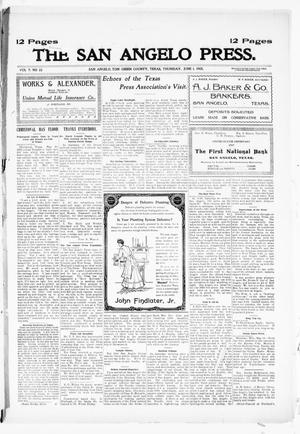 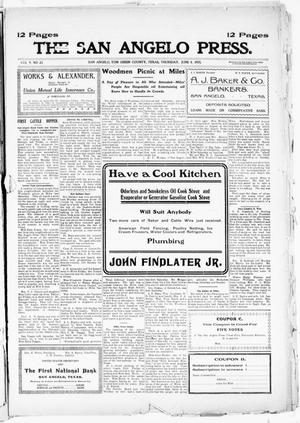 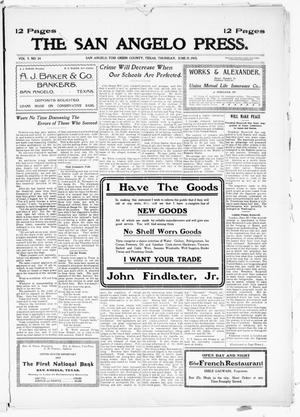 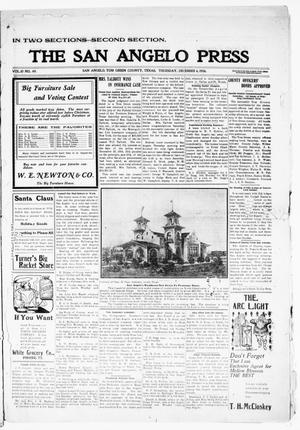 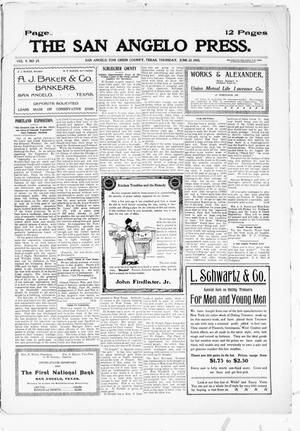 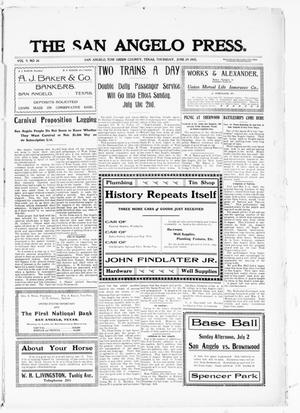 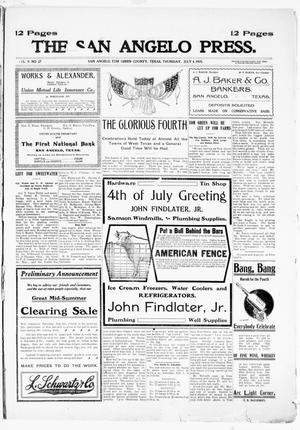 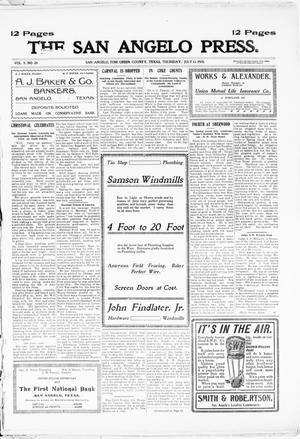 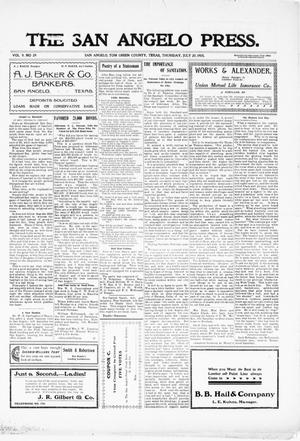