The State Gazette was one of the most influential newspapers in Texas from the pre-Civil War era until Reconstruction. The paper was founded as the Tri-Weekly State Gazette and first published in Austin by William H. Cushney on August 25, 1849. Its publication schedule varied, from triweekly to semiweekly, weekly, and daily. Its various titles also included Texas State Gazette and Weekly State Gazette. The paper was known for its strong states'-rights positions and as a voice of the state Democratic Party, a reputation it established during political battles with Sam Houston in the turbulent times before secession.

The Gazette's editorial policies were to "oppose a high protective tariff, internal improvements at government expense and a banking system." The paper also proclaimed itself to be "thoroughly democratic" politically. It followed the standard procedure in gathering most of its news by exchanging information with the twenty-nine other newspapers in Texas at that time. Editorially it promoted states' rights, called for the reopening of the slave trade in Africa, opposed the Compromise of 1850, and blamed the North for the slave problem because of northern reaction to the fugitive-slave laws.

John F. Marshall purchased the Gazette in 1854 and became its best-known editor. He devoted most of his editorials to politics, sectionalism, and support of slavery. Marshall aimed his most candid remarks against Sam Houston, and his crusade against Houston probably influenced the outcome of the gubernatorial election of 1857. Houston suffered the only election loss of his life in his defeat by Democratic nominee Hardin R. Runnels. Marshall attributed Houston's 1859 comeback to a conspiracy among postmasters who, he claimed, withheld copies of the Gazette until after the 1859 election. But Marshall's strident advocacy of reopening the slave trade probably gave Houston the victory by splintering the Democratic Party.

The Gazette also fought other battles with competing newspapers over politics and government printing contracts. A principal competitor during the 1850s was the Texas State Times, one of whose publishers was John S. (Rip) Ford. The Times supported Houston and other Unionist candidates when the American party (Know-Nothings) were active. But Ford had a change of heart and left the Times once he could no longer tolerate Houston's lack of support for "Southern institutions." Ford then served as editor pro tem of the Gazette in 1858 during one of Marshall's lengthy absences.

After Abraham Lincoln was elected president in 1860, the Gazette was one of the first papers to demand that Governor Houston call the legislature into session and secede before Lincoln took office. In the November 24, 1860, issue, the editorial declared, "It is clear that nine-tenths of our people are determined to sever their political connection with the Northern States, and that Texas will secede from the Union." On December 8 a Gazette editorial called for an election of delegates to meet in special session on January 28 to pass articles of secession. Most of the other newspapers in the state joined the call.

After the Secession Convention and Houston's refusal to take the oath of office for the Confederacy, the Gazette continued its political attacks on the former governor. Marshall was killed in his first battle, that of Gaines' Mill, Virginia (June 27, 1862), and the Gazette continued publishing a smaller version throughout most of the Civil War. It served as an official spokesman for the Southern cause and state government. The Gazette continued supporting the Democratic party through Reconstruction and the restoration of the party in power in the 1870s. It ceased publication by 1879. 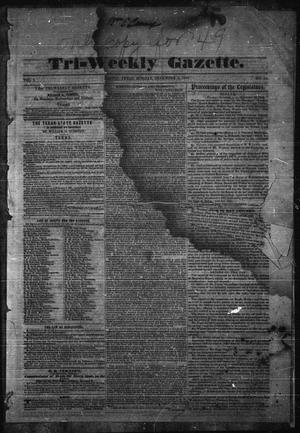 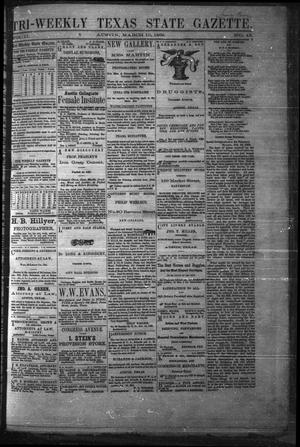 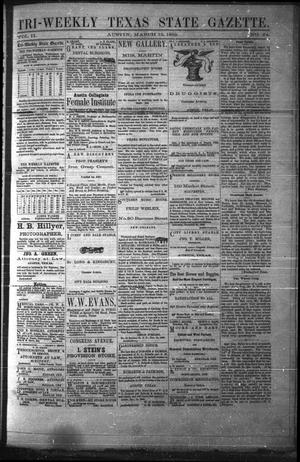 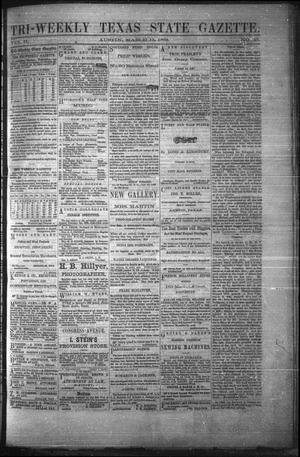 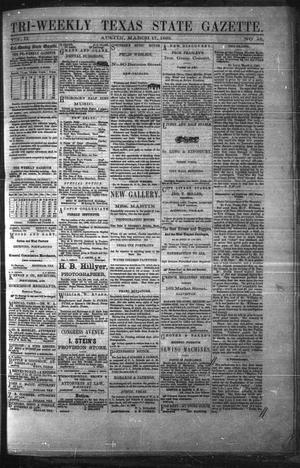 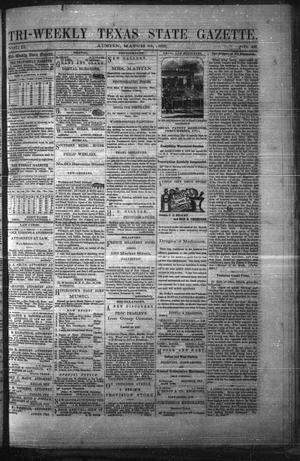 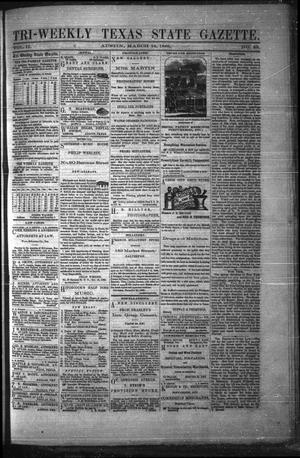 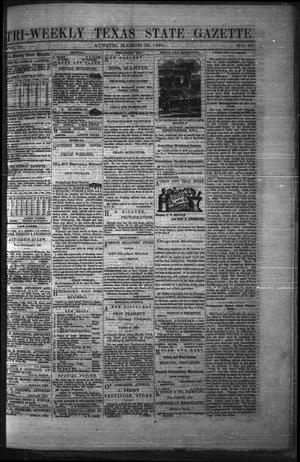 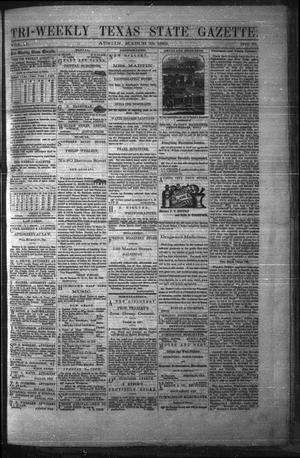 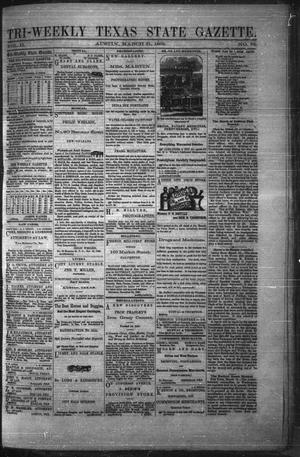 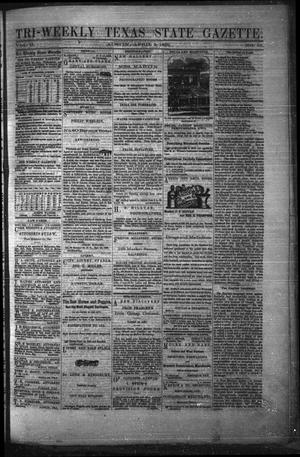 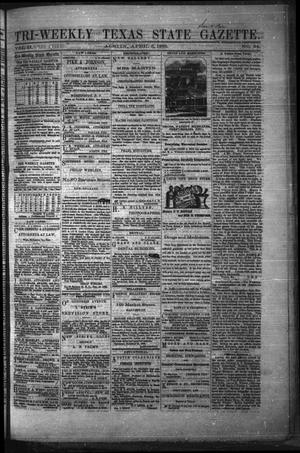